Diablo 2: Resurrected is a remastered version of the original Diablo 2 that was initially released in 2000.

It is an action role-playing video game that is available on different gaming platforms such as PlayStation, Xbox, Nintendo Switch, and PC.

This new version of Diablo 2 was released on September 23 by Blizzard and due to its past reputation, Diablo 2: Resurrected received a warm welcome from gamers around the world.

However, several players have also encountered issues with the game since it went live. Problems such as game crashing, character stuck, progress lost, and offline characters disappearing have been bothering many gamers. As such, a new issue has come to light where players are not able to start the online game on PS5. According to gamers, this problem has popped up after downloading the latest patch.

In detail, when players try to play an online game on PS5, the play button doesn’t work and the game is stuck on the same window. After clicking play to enter a match, the button greys out for a half-second and nothing happens.

For everyone who experience this problem, it’s a playstation 5 only problem since the update. A temporary fix is to play the ps4 version. You are not alone and it’s frustrating that every day since Saturday we can’t play properly… I’m very tired of this shit… (Source)

Hi Bliz, After your update THE PLAY BUTTON doesnt work. Not for me or ANY OTHER ps5 user. Do you test your builds? Are you serious? I will just ask for money back now and keep PC version. Ciao. (Source)

Judging from multiple reports (1, 2, 3, 4), it clearly seems that this issue is caused by the latest patch and it’s pretty widespread.

On the brighter side, Blizzard has acknowledged this bug and assured gamers that they are working to fix it as soon as possible. However, no ETA has been provided as to when exactly it will be resolved.

Meanwhile, some players have temporarily switched to the PS4 version of the game as a temporary workaround. Moreover, they have also tried re-installing the game, but it didn’t work.

So, if you’re having such an issue playing Diablo 2: Resurrected, then you should try the PS4 version. Otherwise, wait for Blizzard to get it fixed.

That said, we will keep you updated on the further development of the story as and when anything new comes to our notice.

IST 1:21 pm: This issue has reportedly been addressed if official communication from Blizzard’s community manager is anything to go by.

A new PS5 patch is now out in EU and ANZ. This should have the fixes from above on the notes and the Play Button should no longer be causing issues.
Source 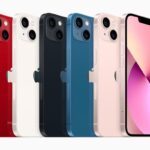 Google Fi 5G & Wi-Fi calling support on iPhone rolling out, as per some user reports