Apple Music native console support may have arrived, at least on PS4

In the recent past, we’ve seen a general rise in online gaming with multiple titles available across various platforms like Steam, gaming consoles like Xbox and PlayStation among others.

Music streaming has also seen massive growth over the same period and it only makes sense to have users get access to their streaming platforms from within their games, right?

Well, Spotify is pretty well-supported on both Xbox and the PlayStation, meaning that owners of these consoles can install Spotify as an app, or even cast content from their phones to their consoles.

Apple Music, one of the other top dogs in the whole music streaming scene, hasn’t been as easily accessible for console owners, much to the frustration of users.

I listen to music a lot when gaming, and it’s so easy to connect to the PS5 on my Spotify phone app and it goes straight through my headphones, is this possible with Apple Music in anyway? I wanted to swap over but if I can’t do this it’s a deal breaker.
Source

There has been a steady demand for Apple Music support for consoles over the past couple of months, more so following the inclusion of Apple TV support for the PS5.

Popular streaming services like Disney+, Netflix, Spotify, Twitch, and YouTube, were all available at launch and if recent developments are anything to go by, Apple Music could be joining this list, albeit with a catch. Since when was this a thing???? I made a new account on my PS5 and was gonna connect my Spotify but then I see this
Source

According to a user on Reddit, they have come across the above screen on their console, offering them an option to use Apple Music as their default music streaming platform on their PlayStation 5.

Interestingly, this is said to only work on the PlayStation 4 and this brings up a lot of questions, chief of them being when support for the PS5 will be added. Either way, this is really exciting news as PlayStation 4 owners might not have to be tied down to Spotify as their default music-streaming platform for their consoles.

We can also only hope to see the same trickle down to older PlayStation consoles. 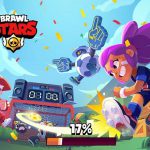 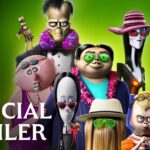