With hundreds of millions of monthly active users across the globe, Discord is is one of the most used instant messaging, digital distribution, and VoIP platforms for gamers.

It is available across numerous platforms like macOS, Windows, Linux, iOS, Android, web browsers. However, Discord users have been facing an issue with the service in games like Valorant and more.

As per multiple reports, Discord users are getting error 404 when they launch Valorant. The issue is clearly widespread and appears to be with the instant messaging service rather than the game.

Also, reports even outline that Discord error 404 is not only affecting Valorant but other games like Grand Theft Auto V and Fortnite as well.

It is unclear what the exact cause of the issue is but it is possible that the problem is occurring due to some fault at Discord’s end.

if anyone can help pls do

@discord im having this problem where I have a error 404 message pop on my screen while i have discord open and Fortnite open at the same time. This error blocks my game screen and I can’t see anything. I already uninstalled discord twice and now reinstalling Fortnite. Any help?
Source

However, affected users no longer have to suffer from this issue as Discord support has said that the error was indeed due to a fault at their end and restarting the Discord client might fix it.

Sorry about this! It was happening across all games for us. But if you restart your client, you should be good to go. Let us know if it’s still not working after restarting!
Source

However, some users were still facing the issue after restarting the client. Thus affected users came across another workaround which helped them to get rid of the error and play games without any issues from Discord.

This generic workaround involves switching off the Enable Game Overlay option under the Game Overlay section in the Activity Settings of the Discord client settings.

While this workaround did help a lot of affected Discord users, support pointed out that this is only a temporary solution which basically resolves the issue by stopping one of the many Discord features.

Adding to that, Discord support said that they have now resolved the issue and users should restart their system and update the Discord client if required to get rid of error 404.

However, even this workaround provided by support did not help affected Discord users. So, the only way to fix this issue for the time being is to disable the Enable Game Overlay feature.

Hopefully, Discord developers soon resolve the problem where error 404 is coming up when users are trying to play Valorant or any other games so that games can be played with all Discord features enabled. Plex app not working (unexpected playback problem) on Samsung, LG, & other smart TVs after recent update? Here's what you need to know 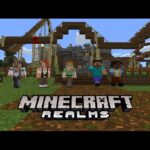