Android 12 is out in AOSP. Quite interestingly, this is the first time Google has made the update available to partner OEMs ahead of its own Pixel phones.

Word on the street is that Google is finalizing an exclusive set of features that will be limited to its Pixel line of phones, hence the delayed rollout of the OS.

For the uninitiated, Android 12 has been around for months, albeit in beta. When it first arrived, one of the major highlights of the new OS was the addition of the scrolling screenshot function.

After years of Samsung and other Android users enjoying the ability to capture scrolling screenshots on their sets, Google Pixel owners can finally take advantage of this feature.

For those using Galaxy devices, you most likely are familiar with Samsung Capture, the official screenshot app that lets device owners quickly and easily capture screenshots whenever they want.

The app, like any other smartphone application, often gets regular updates to add new features as well as iron out existing kinks for a smoother operation.

The most recent update to the Samsung Capture app arrived not long ago carrying version number 4.8.04.2, but unfortunately, there’s no way to tell what it brings since Samsung didn’t include a proper changelog.

Still, you don’t need an official changelog to tell the kind of bugs and issues an update brings. And this is exactly the case with the latest Samsung Capture update.

According to those who have bagged the update, it is emerging that Samsung may have shipped some unwanted bug with the latest iteration of the Capture app.

After the latest update, scrolling screenshots now have the preview of the screenshot along the side of the left side of the captured image. It’s inconsistent down the length of the picture, ruining the screenshots I try to take. (Which are pretty important pieces of writing advice! The words are covered and unreadable thanks to the preview.) Is there a fix to this?
Source

There is something wrong with my screenshots as of lately and when I take one screenshot, the tools are in the way and when I try to screenshot a whole page or article. It’s been like this since September. Do I need to empty my storage?
Source

For a quick glance at what affected Samsung Galaxy smartphone owners have had to deal with in the recent past when attempting to capture a scrolling screenshot, check out the image below.

Going by the reports from those affected, it’s evident that the recent update to the Samsung Capture app to version 4.8.04.2 is most likely the culprit here.

To add weight to this argument, those affected can confirm that downgrading to an older version of the app fixes the issue.

I was having issues taking extended screenshots where the preview of the screen shot kept embedding itself in the next screenshot. Like this https://imgur.com/XPzcqgp. I use this feature a lot so I know this happened recently about 2 weeks ago.

I found a solution and would like to let people know who are having the same issues/ and Samsung know. If someone is having this issue, go to apps Samsung capture and uninstall the update (top right 3 dots)
Source

While it’s not always recommended to stick to an older version of any software due to security vulnerabilities and other concerns, this seems to be the only working solution for this issue.

Granted, you should give it a try if also affected, at least until Samsung pushes another update to address the bug. We will let you know when this update rolls out. 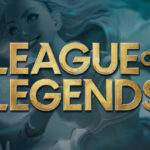 Riot Games aware of League of Legends issue with North America transfers not working, but no ETA for fix