Diablo 2 is a famous action-packed computer game developed by Blizzard North. It was initially launched in 2000 for Windows and macOS running devices.

On September 23, Blizzard announced the remastered version of this action role-playing hack-and-slash video game called ‘Diablo 2: Resurrected’. It is available on different platforms including PlayStation, Xbox, Nintendo Switch, and PC.

The Diablo 2 already had a huge fan following from the past and when the new version went live, the gamers became eager to try this nostalgic video game.

However, as they went on to try it, the gameplay was disrupted by the bugs and issues. 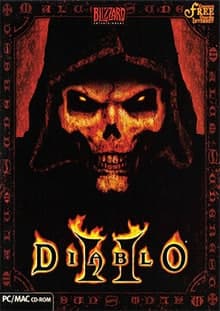 It’s no surprise to encounter bugs on a newly released game, most of the video games are not well optimized initially. Though, it’s kind of annoying to report issues when you have got high excitement for the game.

According to the reports, the gamers are facing problems while joining or entering the game. While some of them stated that the character is stuck in the game for hours.

Ahoy! Since yesterday, thanks to the server, things didn’t go so smoothly, there are 2 #Livestreams on #twitch for # Diablo2Resurrected: from 12 p.m. to 4 p.m. and from around 6 p.m. I’m looking forward to seeing you! – Source

Failed to enter game. This character is already in a game on the server. Please try again.
Can’t log in my main character on solo or lobby game. – Source

Moreover, there’s a complain which says that the video game is not at all working on Xbox platform or PC. All these issues seems widespread as number of users are reporting them on social media platforms and the community page of Blizzard.

Meanwhile, it’s good to see that the developers over at Blizzard have attended to these issues and promised a fix very soon. However, the company hasn’t provided any ETA.

Replying to one of the users, the officials stated that they are aware of the ongoing bugs and are performing maintenance for D2R. And they will let the gamers know once it gets fixed.

The users seemed pretty unhappy with these annoying bugs that are hindering them to enter the game. Well, it seems to be a software-related issue that can only be fixed at the backend by the developers.

And currently, there are no temporary workarounds that will get the users back at the game. We hope that the company provides a full-proof solution to these problems very soon.

If you are also having these problems while playing Diablo 2: Resurrected, then do share your views in the comments below. We will keep you updated with the latest news on this matter as soon as it arrives.

10:25 am (IST): The makers of this game now report that they’re working to return these stuck characters to a playable state as soon as possible.

06:29 pm (IST): The 10.5 patch is out for PC, Xbox, PlayStation, and the Switch. On the console end, the patch notes indicate that it fixes a number of miscellaneous bugs that would cause the game to crash.