Nationwide Building Society is one of the largest financial institutions in the UK with more than 15 million members. It mainly provides financial services such as mortgage loans, and savings.

To make these services easily accessible for its consumers, the financial institution has its own application called the Nationwide banking app. As per the reports (1, 2, 3), some users on iOS 14 or iOS 15 are not able to make payments using app, while some of them are having trouble when loging in.

@AskNationwide Nationwide app worked with no issues on my iPhone 8 but have now updated to at 13 and the app only opens once then refuses until you re start the phone. Is there a fix? Thanks (Source)

@AskNationwide Hi I was wondering if you could help, I Can’t make payments even though I have the money in the account. (Source)

Meanwhile, Nationwide Building Society has acknowledged the issue and clarified that these problems are appearing for those users who are running the latest iOS 15 update.

Further, the bank’s support team claimed that the Nationwide banking app isn’t compatible with iOS 15.1 since it’s a Beta update, thus users will need to roll back to the previous iOS 15 version.

The officials have also shared some workarounds that could probably solve this issue for the iPhone users running iOS 14 or later.

If you are unable to access services on the Nationwide app, then try these workarounds:

However, if this bug still haunts you even after trying these aforementioned workarounds, then there’s nothing to worry about. Developers are already investigating the problem and the fix should be on the way.

We hope that this issue gets sorted out soon and users get access to all the services of Nationwide banking app.

If you are also facing such an issue while using app then you can share your thoughts in our comments section below.

That said, we will keep you informed on the further development of this story as soon as something new comes to our notice. 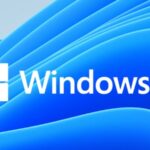