[Update: Oct. 05] YouTube player crashes when playing videos or GIFs not showing after latest Apollo for Reddit update on iOS Apollo for Reddit is an alternative to the official Reddit app exclusively available for Apple users. It’s a useful application that takes your Reddit experience to another level.

The app is designed for those who spend lots of time on Reddit. It has got loads of features compared to the original Reddit app that provides a more personalized experience.

To make it even more productive, the makers of Apollo for Reddit keep on sending software update regularly. These updates are destined to add new tweaks and upgraded features to the app in order to improve the user experience.

However, some of these updates might also carry unusual bugs that could ruin your experience for a while.

For instance, some Apollo for Reddit users are now reporting an issue where the YouTube player keeps crashing when playing videos and GIFs from the app.

Those affected note that GIFs or videos are no longer loading in the app, however, the same media is still accessible when using a web browser like Safari.

Hi My app is no konger loading GIFs or videos at all this makes it unfortunately a really bad browsing experience. So far I have removed the app reinstalled deleted user reloaded other users, tried both WiFi and 4g nothing helps. I’m hoping someone has a solution. (Source)

App version: 1.11.2 iOS: 15.0.0 iPhone 12 mini Avery fourth time I launch a YouTube video is shows a loading icon animation fills the screen then reverts back to the post with the video not playing (Source)

According to some users, this issue popped up after the recent Apollo for Reddit update. For some, this bug has become a frequent bother while for others it only happens occasionally.

The app developers are yet to acknowledge this bug officially. Meanwhile, frustrations keeps mounting for those affected since they are unable to watch videos via the YouTube player while for others GIFs are not showing at all.

Workarounds, like re-installing the app, logging out and back into the app, and even switching internet connectivity from Wi-Fi to data, aren’t helping solve this annoying problem.

The only temporary workaround, for now, is to watch videos in the Safari browser until any permanent solution comes from the officials.

That said, we will keep you informed on the further development on this Apollo for Reddit YouTube player issue as soon as some noticeable info comes up.

If you are also bothered by the same Apollo for Reddit YouTube player issue or GIFs not showing, then do share your thoughts in the comments section below.

Thanks everyone, I think I found the fix for this. Will do some more testing and submit a fix ASAP.
If anyone does have a sure-fire way to trigger it let me know just as an extra precaution.
Source 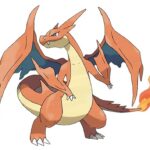 [Update: Oct. 05] Valorant down and not working? You're not alone