Every year, Apple works on bringing a ton of new features that enhance the overall user experience.

One of the main reasons we use phones so much is because of their abilities to store contacts and make calls. Apple lets users manage their Contacts via the Contacts app.

The app offers functionalities such as the option to add contacts manually, edit or delete them. Moreover, users can also use the Contacts app to quickly reach out to their favorite people from the Phone app. Surprisingly, the Apple Contacts app seems to be lacking basic functionality for years now. Many iOS users have complained about the inability to create groups in the contacts app.

In case you are unaware of what contact group management is, the function allows you to add several contacts according to your preferences.

Contact Group is a handy feature if you want to contact a bunch of people, say, related to your work or discuss or connect with a bunch of friends.

What comes as a surprise is that other functions apart from the ability to create groups are already available.

I have always wanted to try out groups within the contacts app, but since you have to set them up via iCloud.com I just never got around to playing with them. Every article I can find says that they work in both mail and messages… but no matter what I do I can not get them to work in messages. Any ideas on what I could be doing wrong?
(Source)

I have had similar thoughts however I just use a different contacts management app that does allow me to deal with groups and even create smart groups. Maybe when Apple sees enough people using a different app they will see that group management is a thing.
(Source)

Having said that, it looks like contact groups can only be created via iCloud.com and not the Contacts app itself. While there are a ton of free and paid apps that offer the feature, we wonder why Apple still hasn’t added it to the Contacts app.

It is interesting to note that users can easily call or text groups using the app. Many also say that the Phones app is a viable alternative to the Contacts since it offers the same features.

That brings us to the question, should Apple bring the ability to create Groups to the Contacts app? We would love to hear from you, so make sure to let us know by voting the poll below or leaving a comment down below.

Should Apple add option to create Groups in the Contacts app? 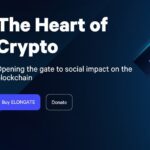 [Update: Oct. 04] Elongate crypto tokens lost or missing for many, issue under investigation