Supercell is one of the most famous mobile video game companies. Founded in 2010 in Finland, Supercell is known for games like Clash of Clans, Clash Royale, Hay Day and Boom Beach.

All Supercell games are based on the freemium model and are very successful. The company focuses on games that can be enjoyed for a long time, with Clash of Clans being one of the finest examples.

The latest by Supercell is Brawl Stars, a fast-paced hero shooter that lets players fight against each other. Released in December of 2018, the game gained massive popularity and is still going strong. It is currently in Season 8, which is scheduled to last till November 2021.

Having said that, frequent updates to the game sometimes result in some bugs and issues that ruin the gameplay experience.

Recently, Brawl Stars players on Android reported that a glitch is causing all brawlers to go invisible. Gamers say they have to rely on their instincts and sound effects to know which brawler they are going against.

@BrawlStars @Frank_Supercell This bug won’t go from my game at the moment. It makes every brawler in the game invisible, as well as the menu screen and shop, making it so that I can’t play against enemies I can see properly. Love the new Carl gadget rework tho.
(Source)

There’s a new version of brawl stars out now for android! It’s called BUG STARS!(Android users are completely unable to see their brawlers. They’re invisible after the latest downtime… HOW DOES THIS HAPPEN?!?)
(Source)

The bug is making the game unplayable for many since every brawler in the game has a specific role and set of abilities. Selecting brawlers is one of the core aspects of gameplay.

Fortunately, Brawl Stars developers seem to be aware of the invisible brawler issue on Android and said that they are working on a fix.

While some users have shared the issue has been taken care of, we can confirm the same after verification at our end that the problem doesn’t exist now. However, this comes along with a warning that it may not be resolved for all as yet. It could be that the fix is rolling out silently and slowly.

Apparently, the issue was only on android and they fixed it around 2-3 hours after the maintenance break. To my opinion, I think this is a teaser that graveyard shift is coming back again. and now you can’t even tell who is the brawler until the brawler shoots.
(Source)

Supercell still hasn’t put out any official word if the issue is fixed or not. In the meantime, let us know if the Brawl Stars invisible brawlers bug fixed for you or not in the comments section below. 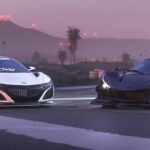 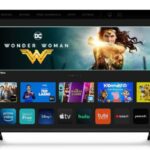