Popular streaming television service, Sling TV, has been around since February 2015. Sling TV allows users to stream many cable channels along with several OTT services on their digital media player and smart TV.

On the other hand, AirTV offers free access to local TV channels because all of its products like AirTV Mini, AirTV 2, and more come with support for Sling TV.

Many people use the Sling app to watch local channels across multiple devices from AirTV, Roku, and more vendors. Some subscribers even use Sling enabled AirTV device with Roku players and TVs.

However, these users have been facing an issue lately where they are unable to watch local channels on Roku device via Sling enabled AirTV devices. The exact cause of the issue is unclear but it is affecting several Sling users.

Reports outline that users are able to view their local channels on the mobile app for Sling but on Roku devices. This is inconveniencing users as they are missing out on their favorite local content.

It is also unclear whether the issue is with Sling TV or is due to some fault at Roku’s end. However, affected users may not have to dwell with this problem for too long.

This is because Sling support has acknowledged the problem where some users are unable to watch local channels (via AirTV) on Roku devices. Thus it is possible that a fix for this problem might arrive in the near future.

Moreover, Sling support has said that users can stream local channels on some other device like Android, iOS, Apple TV, Fire TV, and more as the issue only affects Roku devices.

This is not exactly a workaround and a proper fix for this issue is still required but those who have access to any of the aforementioned alternate devices should definitely give it a go for the time being.

Sling support further went on to say that the relevant teams are working with Roku to fix the issue as soon as possible. This further indicates that the issue could be at Roku’s end.

While this is still based on speculation as Sling support has not shared any details regarding the actual cause of the problem, it is still good to see that the issue is being looked into.

Hopefully, Sling and Roku soon fix the issue where local channels are not working so that affected users can enjoy their favorite content as and when they want and without any hassle.

That said, we will be back with more details and stories related to Sling TV, AirTV, and Roku as and when we get more information to share so stay tuned.

NOTE: There are more such stories in our dedicated Roku section so be sure to go through it.

09:45 am (IST): Sling officially reported that the issue where some users were unable to view local channels via AirTV on their Roku device is now resolved.

UPDATE: We’re happy to report that this issue is now resolved as of 1am ET this morning. If you are still experiencing issues with local channels (via AirTV) on your Roku device, exit the app and relaunch the app. Thanks again for your patience. (Source)

However, it seems that Android users are still facing issues and the team posted yet another status update claiming that they’re aware of the issue and are advising users to complete the setup via an iOS device.

We are aware of this issue affecting Android users, and are working on a resolution. If it is an option for you, you can complete the set up with an iOS mobile device. (Source) 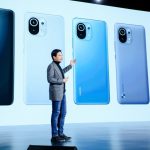