The Truth Quest DLC is an expansion to the open-world RPG Maneater. The story this time revolves around a new rival predator that has moved in to threaten our shark protagonist’s apex status.

To compete, you must venture out to new waters to discover the mystery of Plover Island while also making your shark bigger and meaner than ever before, in order to get crowned as the apex predator once again.

Apart from this, you also get to explore the new Plover Island Military Complex, fight evolved creatures, and add new evolutions to your arsenal to gain more powerful abilities.

So has anyone else had an issue with the atomic bomb trophy? I got all the parts and the trophy “popped” but and it took a screenshot and everything but the trophy itself is still locked in the trophy list…This is the first time this has ever happened. I’ve had bugged trophies but never a trophy that popped but never unlocked…
Source

Now, there are 12 trophies in total waiting to be unlocked with the new DLC, made up of a total of 195 Points. However, several of these are glitched out and fail to unlock. Two of these are Island Queen and Apex Predator.

This happens despite all of the requirements being fulfilled. Unfortunately, to have another chance at unlocking the glitched trophies, one would have to play the entire thing from scratch, and that includes the base game as well. Oddly, the Maneater Truth Quest glitched trophies issue seems to be affecting only the PlayStation consoles, namely PS4 and PS5, as we are yet to come across any reports from Xbox or PC owners.

Further, there are no known methods to force unlock the glitched trophies. This means that there’s nothing to do other than waiting for an official fix.

Maneater on Twitter yesterday acknowledged the issue saying that they’re currently investigating why the bug is affecting players.

They also said that they’re hoping to address it with a future update, although an ETA for a fix wasn’t given.

06:14 pm (IST): It seems that the latest hotfix update didn’t fully fix the problem as a section of players are still experiencing the bug.

Fortunately, the team has acknowledged the persistent bug and confirmed it’s under investigation.

We are investigating why other issues remain for some users. (Source) 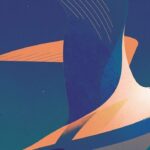 [Updated] Destiny 2 Xur missing or not showing up? Here's why