Google Play Store not working (unable to install/download apps) for some Android users, but there's a workaround

Android is the most used operating system across the globe with its own marketplace for apps i.e. Google Play Store. However, not all is well in the Android community for the time being.

Just in case you’re trying to get your head around why Google Play Store is not working for you, find solace in the fact that you are not the only one facing issues lately.

A quick look at micro-blogging site Twitter and the Google Support community clearly indicates there are many who are unable to use Google Play Store because the issue.

As per multiple reports, while some say Google Play Store is not working for updates, others are unable to install or download apps altogether. For a quick glance, here are some reports from affected Android users:

Any apps games anything I can’t install from playstore
Source

Plase allow to download all apps thank you
Source

It seems this issue with Google Play Store might be widespread across the Europe region whereas other regions might not be affected at all. However, this is still based on speculation as Google has not made any comments on the matter so far.

While it is unclear whether this workaround indeed fixes the problem with Google Play Store or not, it is definitely worth a shot since Google is yet to provide more clarity on the matter.

Hopefully, the Mountain View giant soon sheds some more light on the matter or better yet fixes the problem altogether so that Android users can use Google Play Store without hassle.

NOTE: There are more such stories in our dedicated Google Section so be sure to go through it. 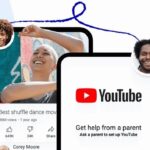