[Updated] Destiny 2 Xur missing or not showing up? Here's why

Here’s the crux of the story in video form:

Destiny 2 is a popular online multiplayer game shooting game that was initially launched as a pay-to-play game in 2017.

However, under the New Light title, it became free-to-play in October of 2019. Developed by Bungie, the game has a healthy player base thanks to regular content updates and events.

Unfortunately, the addition of new content sometimes messes up the game and results in some issues such as the bug where players weren’t receiving pre-ordered Witch Queen rewards and the crashing issue after the Season of the Lost update.

Now, many are reporting another issue with the game. Destiny 2 players say that Xur was missing from the location where he was supposed to be.

If you don’t know who Xur is, he is an Exotic item merchant who sells goods such as legendary weapons. He shows up every weekend from Friday to Sunday in one of the six random locations.

Players were wondering where Xur went since he couldn’t be found on top of the cliff near the Winding Cove at the Edz.

This weekend, Xur is supposed to be located in the EDZ. So, I went to his cliff and found him, purchased an exotic, acquired a xenology, and then went about playing my dailies. Well, I acquired a cipher and came back to Xur to exchange it and he was no longer on his cliff in the EDZ. Did Bungie make an update to Xur so that he disappears when you leave after making a transaction with him?
(Source)

As it turns out, Bungie decided to move Xur to a new location because he was causing the game to crash for some. The developers have moved him to the tower in the flight bay mid stairwell.

They also said that it might take some time for him to appear in the Tower. The crashing issue seems to be affecting players on all platforms right now.

Players are wondering why Xur is causing the game to crash since he is in the game for years now. We hope Bungie finds out the root cause of the crashes and moves back Xur to the Edz before the next weekend.

When they do, we will update this article to reflect the same so make sure you keep an eye out on this space.

Today’s the last day of the week that you’ll find Xur in the Tower. The merchant was moved to the Tower for the rest of the weekend due to the crashing issue, as explained above.

That’s it, folks! Xur is gone and should return next weekend. Hopefully without any bugs that cause the game to crash. 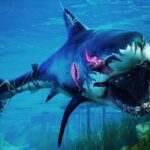