Roku is among the most popular digital media platforms in the US that offers access to a variety of content from different online services.

Introduced back in 2008, this service has gradually managed to expand its user base to more than 50 million.

Using DirecTV stream on Roku, subscribers can access over 140 TV channels from different genres, be it entertainment, sports, and others. According to reports, some DirecTV users on Roku devices are experiencing sound distortion issues such as low sound and sometimes there’s not audio at all.

I have a 4662RW-Ultra LT and just switched to ATT TV. When using the app I constantly lose sound every 15-20 seconds. Anyone else having a similar issue? I have rebooted, updated, unplugged (power, HDMI) but still have the issue. My system is hardwired to internet so it’s not a bandwidth issue.

Been having an issue specifically with the Directv app (used to be ATT Tv). While watching (doesn’t matter what channel) the sound goes from perfect to distorted (either really low or totally static). We have reset the Roku, checked the cables but it keeps happening. Originally started just in a few channels but now happens on just about all of them. This does not happen on any other app! Any help would be greatly appreciated! thanks in advance
(Source)

Workarounds like rebooting, updating the software, and even unplugging the HDMI or power cable haven’t worked. As a result, those affected have reported on the Roku community page to seek an appropriate solution.

The multiple reports suggests that this problem is widespread and is not limited to select users. Unfortunately, an official workaround has not been provided.

According to a Roku employee, the fact that the issue is only affecting DirecTV users suggests AT&T could be the culprit here, urging those affected to get in touch with the channel’s support team to get it fixed.

Of course, affected subscribers want a permanent solution, but we still haven’t come across any official statement from either Roku or AT&T.

However, we hope that this issue will soon get sorted out and users will continue to get good value for their money spent on the service.

If the same issue has been bothering you, then feel free to share with us in the comments below, including any workarounds. As usual, we will keep you updated on further developments on this story. 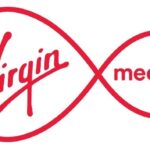