Roku is known to be one of the best streaming media players you can find today. With access to a myriad of channels, there’s plenty you can do on Roku devices.

Even better is that the platform allows some customization to the UI to make it your own, including things like changing the theme and even setting up a screensaver.

It doesn’t end there. Instead of having the default screensavers on your home screen, the Roku mobile app lets you create and set your own custom screensavers using the many photos you have on your phone.

To do this, all you need is to install the Roku app on your Android or iOS device, launch it and head to Media > Screensaver and then hit the ‘Get Started’ button.

This morning I realized that the Roku aquatic screen saver is running on my television even though I had already have been using my custom screen saver which I used the android app on my phone to select specific photos.

I go to the app to look for the screensaver option to try to reload the photos but that screen saver option on the android app is no longer there. I do remember letting my phone do a bunch of app updates last night and I have a feeling the Roku app on my android phone also got updated and that is when this happened?
Source

As noted before, the Roku mobile app was recently updated on both iOS and Android, but there’s not much to pick from the generic changelogs available.

If these reports are to be believed, though, it seems the mobile app update took away the ability to create and set custom screensavers on Roku devices and users obviously aren’t happy about this decision.

So far, Roku hasn’t provided any official statement on this development. But it can be speculated that the removal has something to do with the limited system resources (at times just 512MB of RAM) on some Roku devices.

Still, one of those affected says they reached out to Roku support and apparently, the issue is under investigation. Hopefully, Roku finds a way to restore the feature.

I spent a couple of hours with the chat support today. Two supervisors later, they claim to have no idea what’s going on (and questioned whether the issue is real, despite their own support rep having duplicated it). But they said they would “investigate” and respond with additional info at some indeterminate point in the future.
Source

There’s no workaround for now, but since the matter is supposedly known to Roku, we should get an update sooner or later. We will let you know when this happens, so stay tuned to PiunikaWeb. 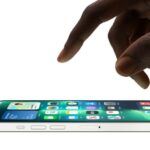 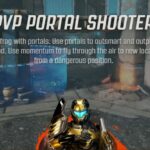