Division 2 is an online-only RPG shooting game that is set after the events of the original Division title. It is developed by Massive Entertainment and published by Ubisoft.

Set in the near future where a virus has infected the city of Washington, Division 2 puts players in the shoes of an agent who works for the Strategic Homeland Division.

The game was positively received by players and critiques both since it brought in much-needed changes compared to the original title such as improved gameplay, graphics, and combat. Even though the game is quite stable, players do experience some bugs and issues because it is frequently updated with new content such as missions and weapons.

Having said that, players are now reporting an issue with the game. Many say The Division 2 is stuck at 9 percent loading.

Reports suggest that the issue surfaced after the latest update, which indicates that it might be the root cause of the issue.

@UbisoftSupport amnesiafever playstation 5 division 2 just gets to 9% and stops, been trying to get on for 7 hours now
(Source)

Fortunately, Ubisoft has acknowledged the issue where The Division 2 players are stuck on the loading screen and said that it is currently under investigation. However, the developers did not share any ETA on when it will be fixed.

And as if this wasn’t enough, players are reporting another potentially related issue that also started after the recent update.

Many Division 2 players are saying that their character is missing all of a sudden. This is making a lot of people anxious since they are thinking if they would lose the character progress.

Players say that their characters are now replaced by a blank space. It is a really serious issue since many have spent hundreds of hours on character progression.

@UbisoftSupport @TheDivisionGame My character has completely disappeared. I was playing earlier today perfectly fine but I just opened up the game to a blank character select. I would really appreciate some help.
(Source)

Game had update this morning, now missing my 2nd character and all data associated with her. What gives? Royally pissed off here because she was further in the game than my first character.
(Source)

Ubisoft also acknowledged the missing character issue and said that it is currently under investigation. Like before, the developers did not share any ETA on when it will be fixed.

We hope Ubisoft finds a solution to both issues since they are hampering players from progressing in the game. What’s appeasing is that Ubisoft has assured players that they will not lose their character progress when they deploy a fix.

When they do, we will update this article with more information so make sure to keep an eye out.

2:50 pm (IST): Ubisoft officially stated that the missing character issue of Division 2 has been fixed and asked the gamers to report back if they are still facing problems while accessing their agents. 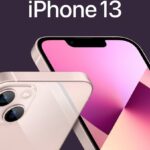 [Update: Sep 30] iPhone 13 series tap to wake function not working for some users, temporary workaround inside