[Updated] Cineworld cinema app not working properly or missing from Apple App Store? It's a known issue, fix in works

Based in London, Cineworld Group is the world’s second-largest cinema company, right after AMC theatres. Founded in 1995, it is spread across 10 countries and has more than 9,500 screens.

The company charges customers based on the way they want to watch a movie instead of pricing it based on the movie itself.

Currently, it is the only quoted UK cinema business, generating revenue amounting to 852.3 million in 2020. The chain also has many subsidiaries that include the American movie theater chain Regal Cinemas. But now it seems that the world’s second-largest movie chain is experiencing some technical issues with their app. Recently, many reported that the Cineworld app is not working for them.

Users say that some of the movies available are missing and not listed while others say they are unable to cancel their bookings.

@cineworld Is there a problem with the app as I’m looking at times for Glasgow R on Saturday and it’s only giving me 6 films to book whereas theres around 20 on the website?
(Source)

Fortunately, Cineworld Cinemas have acknowledged the issue and said they are working on a fix.

Yes, this is a temporary setback as we try and resolve some unfortunate technical issues with our app. We’d advise trying to book via the Cineworld Dublin website in the meantime
(Source)

And as if that wasn’t enough, many are saying that the Cineworld app has disappeared from the Apple App Store.

People who deleted the app in a bid to install it again are at a loss since they are unable to see the app in the App Store. Cineworld has acknowledged the issue and said they are working on fixing the issue.

@cineworld your app isn’t on the App Store to download?! And I can’t book tickets when I log on the desktop version on my MacBook. So How do I book tickets now?
(Source)

@cineworld hey are you aware your of the issues with your app on iOS. It wasn’t working so I deleted it and now says it’s not available on the App Store.
(Source)

It looks like Cineworld app developers are aware of the issue as well and said that they are working on a fix.

Hi Matthew, we are aware of these issues and are working on resolving these as soon as we can. Are you able to log on and book via the website in the meantime?
(Source)

In the meantime, Cineworld is asking users to use the website if they want to book or cancel tickets.

Its been a couple of days since the issues were reported, so users are wondering why Cineworld is taking so long to fix the aforementioned issues.

When Cineworld fixes the app not working issue, we will update this article so make sure to keep an eye out for updates.

Cineworld has confirmed that they intentionally removed the app from the App Store until a fixed version is prepared. 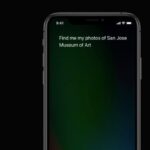