Top 6 apps to spy on cell phone of your child

In the past few years, social media and other communication applications have witnessed massive growth as more people are getting access to the internet.

This, of course, is great news as we can now connect to just about anyone around the world within a matter of seconds. However, there are some caveats to this level of hyperconnectivity.

The biggest downfall of which involves children being exposed to stuff that they shouldn’t. Hence, using apps to spy on your child’s cell phone might be the best move you can make to keep them safe.

Of course, the word ‘spy’ might have some negative connotation around it, but when used for the right cause, it outweighs the cons of doing so.

For starters, spying on your child’s cell phone will give you insights into a part of their life that they might hide from you which includes being bullied online or hopefully not, being a bully themselves.

And that’s just a scratch on the surface. Apps that let you track the location of your child also will help you rest easy knowing that your child is in school or in an area where you’d expect them to be.

Further, apps that let you spy on the cell phone of your child will also help you track whether they’re sharing private information with strangers who might misuse it.

Another good reason to monitor your kid’s smartphone is to instantly be alerted if they’re being blackmailed or threatened in any way.

Well, these are just a few of the many reasons to do so. That said, we’ve put together a list of the top 6 apps to keep a watchful eye on your child’s cell phone.

The list below is in order from the best-of-the-best to the other excellent alternatives that you can check out:

Even if this isn’t the first article you stumbled upon while searching for the best apps to spy on your child’s cell phone, you may have still read about mSpy, and for a good reason.

mSpy is easily the best application that you can get your hands on to monitor and track your kid’s smartphone usage around the clock thanks to the jaw-dropping set of features it has to offer.

This includes the ability to monitor chats and even check the images and videos sent via Facebook Messenger, Whatsapp, Snapchat, and Instagram.

Of course, to gain access to most information, you will need a rooted Android phone or a Jailbroken iPhone but the added steps will be absolutely worth it.

Not only third-party apps, but you will also be able to view messages sent on iMessage in case your child has an iPhone or the default Messages app on Android phones.

The mSpy app even gives you access to call logs so that you can keep track of the incoming and outgoing phone calls almost instantly.

But the most useful features the app has to offer are real-time location tracking and geo-fencing.

As the name suggests, real-time location tracking will help keep your mind at ease by allowing you to track the exact location of your child’s phone at the current time.

The geo-fencing option makes things way more convenient by notifying you if and when your child moves out of a pre-defined area that you can set.

That said, here’s how to get started using mSpy to track your child’s smartphone usage:

Step 2: Purchase a subscription plan based on your requirement and needs.

Step 3: Install mSpy on your child’s Android or iOS device.

That said, thanks to the plethora of features mSpy has to offer, it becomes an instant recommendation for any concerned parent who’s looking to monitor their child’s cell phone in order to protect them from abuse, cyberbullying, and other shady characters on the internet.

This is yet another excellent service that lets you monitor texts, social media chats (including media), and more on your child’s cell phone.

Eyezy is a relatively new and innovative parental-friendly software compared to some other tools in this space. But rest assured, it’s also one of the best which is why it’s made it to our list.

Eyezy offers parents the option to view the images, videos, and other files stories on their child’s phone. This is incredibly useful as a parent as it helps you be aware of the type of content your child consumes or downloads. Apart from that giving you the option to read social media messages or texts, it also lets you see deleted messages, emails, and grants access to the contacts and call logs on your child’s phone.

The ‘Pinpoint’ option also lets you track the exact GPS location of your kid’s phone in real-time. Plus you can see the places they’ve been to as well.

Apart from all this, it also acts as a keylogger that will let record all the keystrokes made on the keyboard. Thus, you can keep track of the things your child searches for or types on their phone.

Further, you get all these features at a price that falls under $1 per day, which is less than what you’d pay for a cup of coffee. Now that’s a small price to pay to keep your child or children safe.

Right off the bat, Boomerang might not be as robust as mSpy or Eyezy, but it does make up a bit in the convenience department.

It is available directly through the Google Play Store, Galaxy Store (for Samsung phones), and on the App Store for free.

This alone makes it easy for parents to set it up to spy on the Android cell phone or iPhone of their child. But of course, it does have some useful features too. The Flexible Screen Time option lets you set daily screen time limits on the phone in order to control your child’s phone usage. Adding to that, you can even set daily limits for individual apps.

Thus, you can limit the time they spend on certain social media apps such as Instagram or TikTok and promote them to use educational apps or games instead.

Apart from that, you can spy on the browser history on the cell phone of your child, monitor their YouTube history, and even check up on the GPS location of your child’s device.

If you have been around computers in the past decade or so, you’ve probably heard of the cybersecurity and anti-virus provider — Kaspersky.

Kaspersky Safe Kids is also available on the App Store and the Google Play Store and offers some great features for parents to rest easy knowing what their children are up to on their phones.

Like Boomerang, this also lets you set screen-time controls on your kid’s phone to prevent them from using certain apps for a long time or to stop them from using apps at certain time slots. This is useful as it will deter them from using their phones during study time. Apart from that, Kaspersky also offers parents the option to block certain websites and apps.

Therefore, your child won’t be able to access age-inappropriate apps or websites such as those that promote gambling, violence, or weapons.

In case you are worried about the kind of videos your child watches on YouTube, Kaspersky has got you covered.

It lets you spy on the YouTube watch history on the cell phone of your child so that you can stop them from watching videos that they shouldn’t.

The best part is that you can do all this for an introductory price of just $14.99 a year at the time of this writing. Now that’s a sweet deal.

OurPact has a lot in common with most of the other top apps to spy on the cell phone of your child including Content filtering, Internet browser blocking, Site blocking, Screen-time limiting, Location tracking, Geofencing, Call and text monitoring, and Contact blocking.

Given the day and age of technology, children today tend to stray into content that is not suitable for them which is a growing concern for every parent.

Hence, OurPact provides you with the right set of features to spy on child cell phone using screen time and usage restrictions as well as preventing them from accessing browsers and applications. Its geofencing and location tracker feature will also help you keep track of the whereabouts of their child, by sending you notifications when your child has reached a target location and if they go out of the set virtual perimeter.

You can also keep a track of your child’s made and received calls. The child cell phone spy application can be downloaded on both Apple and Android devices.

While the app is free to download, you can purchase a Plus, Premium, or Premium+ package based on your needs that range between $1.99 – $6.99 per month.

Screen Time is a parental control app that was crowned the winner of the 2019 National Parenting Product Award. It allows parents to have complete control over time spent on a device.

Other than that, Screen Time also lets you spy on chid cell phone by allowing you to see browsing history, blocking uncensored and unjust content over the web.

Its geofencing and geolocation ability gives parents the advantage of checking their child’s device location even when at work. It also gives parents the ability to pause device usage when needed, hence, disabling the device with just the tap of the pause sign.

Overall, the application gives parents the ability to keep their child’s viewing capabilities to a limit as well as safe and is available on both iOS and Android.

As for pricing, $6.99 will get you the premium features which include usage for an unlimited number of users and devices.

While all these applications are great in their own way, as we mentioned above, mSpy knocks it out of the park with the abundance of features it has to offer, including the ability to remain undetected.

It’s a must-try for parents who are looking to spy on the cell phone of their child to keep them safe and away from online bullying, blackmailing, and other dangers that arise from smartphone usage and the internet.

Disclaimer: This is a sponsored post, made possible in association with mSpy. PiunikaWeb doesn’t take any responsibility for the product being advertised here as well as how these applications are used.

About mSpy: mSpy specializes in mobile monitoring and is a reputable brand that has asserted its presence in more than 100 countries. mSpy offers its customers greater security, safety, and convenience through its products. 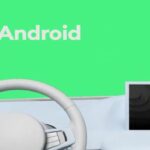