Spotify being one of the most popular audio streaming services across the globe is used heavily by iPhone users. The Spotify app for iOS bagged the update to version 8.6.62 quite recently.

The latest app update is said to bring fixes for performance and stability issues on iOS. However, recent reports from iPhone users suggest otherwise.

As per multiple reports, iPhone users are noticing that the Spotify app is draining too much battery after the latest update. Reports clearly outline that the battery drain caused by Spotify on their iPhone has increased significantly.

Also, iPhone users have pointed out that their device heats up whenever Spotify is used. It seems the latest update for the Spotify iOS app is doing the opposite of what it promises.

Workarounds like restarting the device, switching off low power mode, allowing background app refresh, and even reinstalling the Spotify app are not helping iPhone users.

@SpotifyCares Is there a timeline for fixing the battery drainage issue associated with the newest version of Spotify in the App Store on iOS? Current state it causes massive drain and the battery on my phone to become unusually hot.
Source

Battery would drain within an hour if I let it run, but have not as to how hot it gets. I’ve soft reinstall, full wipe install, background turn off, all quality settings low and still it continues. It works fine offline if something is downloaded (tried after full wipe) while my battery is older and does not last what it use to no other app has this much draw on the battery maybe if I was steaming max res video but that’s comparable to audio?
Source

Spotify has not made any comments on the matter so far which is further complicating matters for iPhone users. All in all, it is unclear what the exact cause of the issue is.

It is possible that the issue might be related to iOS as there are no such reports from Android users. However, this is still based on speculation until an official word comes out.

The iOS 15 update came out pretty recently. Thus it is also possible that Spotify might not have optimized the app for the latest iOS version. However, those using iOS 14.8 are also reporting about this problem.

Moreover, Spotify Community Moderators have been providing affected iPhone users with generic troubleshooting steps which they have already tried to no avail.

This has basically put iPhone users in a peril because they are unable to use the Spotify app as it is draining too much battery even when not in use.

All this further indicates that the issues might be related to the latest iOS app update and needs to be fixed by Spotify. However, nothing is confirmed until Spotify sheds some more light on the matter.

Hopefully, Spotify takes a proper look at these problems and resolves them in a future update if they are indeed being caused by the latest iOS app update.

02:24 pm (IST): Spotify has confirmed that they are aware of an issue with the app which is causing it to drain the battery on iPhones running on iOS 14.8 and iOS 15.0.

The team even shared a generic troubleshooting step for the time being: 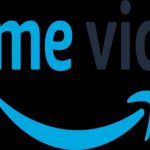