Built on the popular Unity engine, the game was released back in August of 2020 with a planned release for Xbox, PlayStation and Nintendo Switch sometime in 2021.

Fall Guys: Ultimate Knockout falls in the category of games that are simple to play yet hard to master. It requires a combination of luck, timing, and skill.

The game gained massive popularity because of its graphics and simplistic gameplay. However, the large influx of player base resulted in Fall Guys suffering from server issues on launch.

Moreover, cheaters were rampant during the early days, but Mediatonic seems to have cracked down hard on them. Since then, the game has had several content updates that brought in new levels and game modes. It is currently in Season 5 and is showing no signs of slowing down.

Having said that, Fall Guys: Ultimate Knockout players are now reporting issues with the game. Many say that the Fall Festival Challenge is bugged and that their progress is getting reset.

Others complain that they cannot collect any rewards, while those who were able to collect them said are unable to claim them. Many are angry with Mediatonic for messing up the Fall Festival event.

I’ve completed all the challenges but can’t collect the rewards. How can this be so bugged? This is the fifth challenge event, the template was already there. Come on, MT, you really need to get things together here.
(Source)

Like what is going on? Cuz I don’t like this mode that much that I want to do it 3 times. Too bad I won’t be a Fall Fest Fanatic I guess….
(Source)

While four rewards are time-limited cosmetics, the event also offers some kudos. The event is scheduled to last a week.

Fortunately, Mediatonic seems to be investigating the issue and said that they have temporarily removed the Fall Festival event to make some amends to the challenges.

In case you have already completed the event, you will retain all the cosmetics earned while getting a chance to redo the kudos reward again. However, players will lose all challenges XP.

When the developers fix the Fall Guys: Ultimate Knockout Fall Festival event bug, we will update this space so keep an eye out for further updates.

11:25 am (IST): It is now coming to light that the Fall guys reward issue has been fixed. 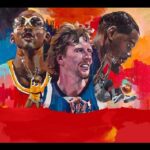