When it comes to advanced photo editing, Adobe Photoshop has got it all to enrich an image. This tool is available for Windows and macOS-powered devices. While it also runs smoothly on iOS and Android.

Photoshop has gradually become a widely used software for editing pictures and it also offers several other tools to make your image stand out. Although, it requires skills and a bit of knowledge to use this software.

Adobe has stuffed this software with loads of features and to keep it up-to-date, the company keeps on sending regular software updates. These updates are meant to bring new functionalities and improvements for the smooth functioning of the software. However, software may encounter issues often, and Photoshop is no exception. As such, several Adobe Photoshop users are reporting issues while using the software on Windows and macOS.

As per the reports from macOS users, Photoshop is unable to save files in Google Drive. Whenever they try to save those changes, an error message shows up saying it’s a ‘program error’.

That’s not all. Another Photoshop bug while using spring-loaded tools is bothering some users on the Microsoft Windows platform. But let’s first check out the error message bug of macOS:

We’ve been using google drive / file stream with adobe creative suite for several years and across dozens of projects with no problem at all. It was working fine until the 2021 update and now it’s completely broken! PLEASE FIX IT ADOBE!
Source

Moreover, this macOS problem does not come up when saving a file onto the hard drive. But it’s good to see that this issue has been acknowledged by Adobe and is currently under investigation.

In the meantime, a temporary workaround has been provided by the Adobe employee, where users need to set Google Drive to ‘available offline’.

As for Windows users, the spring-loaded feature isn’t responding accordingly.

In detail, when a user switches to another tool, the feature gets activated. But before pressing the shortcut key, the tool automatically switches back to the previous one.

This problem has been around for quite some time going by the multiple reports doing rounds in the forum.

But just like the Google Drive issue on macOS, this one is also under investigation, at least according to a response by an Adobe employee in the forum.

I’ve asked engineering to investgate this. Hit the upvote at the top of the page if affected by this issue.

Currently, no ETA has been provided for any of these issues, but we hope they get sorted out soon. We will keep you informed about them as soon as something new comes up, so stay tuned. 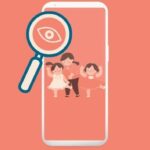 Top 6 apps to spy on cell phone of your child