Microsoft finally unveiled the much-hyped Windows 11 on June 24 this year. The company said that they will be redesigning certain aspects of Windows 10 and refining the overall user experience.

Many on Windows 10 have already switched over to Windows 11 so they can experience what the latest by Microsoft has to offer.

Having said that, Windows 11 brings in some new features such as redesigned taskbar, brand new Start Menu, Microsoft Teams integration, and Snap layouts.

Microsoft said that they will start rolling out Windows 11 starting October 5 this year. It will be available as a free update for those on Windows 10.

As one would expect, Windows 11 has tons of bugs and issues that need to be sorted out before it is released to the general public.

But it looks like Windows 11 users are not lucky when it comes to the taskbar. Previously, users had complained that the taskbar couldn’t be resized even after the update to build 22000.132.

And now, Windows 11 Insider Preview Build 22454 has broken the taskbar alignment for many. According to user reports, the taskbar icons are no longer centered.

People say all icons including the start menu are leaning to the right side of the screen. While the taskbar looks okay on a big screen, laptops users say that their icons are now going behind the overflow menu.

Windows 11 Insider Preview Build 22454 new feature, taskbar alignment not center. This will make OCD fellas triggered. My PC still acceptable but my laptop not. Alternative is, change alignment from center to left for temporary until it fixed.
(Source)

Issues with the new taskbar have been present ever since the availability of Windows 11 Beta, but this is the first time Microsoft has messed up the taskbar icon alignment.

For now, users who are affected by the issue can change the alignment from center to left, but that defeats the entire purpose and makes the taskbar similar to Windows 10.

Fortunately, a Microsoft employee has acknowledged the issue and said that it is currently under investigation.

Until Microsoft releases an update, users will be forced to live with the broken taskbar or change the alignment to left.

We will update this space once Microsoft fixes the broken taskbar alignment on Windows 11, so make sure you keep an eye out.

10:40 am (IST): Microsoft has just announced the release of Windows 11 Insider Preview Build 22463 and with it, this issue has been addressed.

The issue impacting the Taskbar where icons appeared misaligned and/or cut off is FIXED in this build!
Source

Note: We have more such stories in our dedicated Windows Section so be sure to follow them as well. 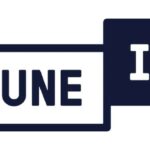 [Update: Sep 22] TuneIn not working on Google Home a known issue that's still awaiting a fix, but you may try this workaround 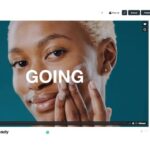 Vimeo aware of issues with broken video thumbnails & video not uploading (Sorry video does not exist), fix in the works