Google Chrome is the world’s most popular internet browser for years now. Released in 2008, Chrome was used by more than 2.65 billion people in 2020.

Around 63.58% of people who browse the internet across multiple devices use Chrome, blowing away the competition in the niche.

This is because Google uses its own web engine based on an open-source project known as Chromium. And like other services, Chrome users do face some bugs and issues every now and then. Having said that, users are now reporting an issue with the browser. Many say that the ‘Use system title bar and borders’ option is broken in Chrome 94.

In case you are unaware of what it does, enabling the option overrides the custom window skinning and lets the OS draw the standard window title bars.

If you are on Linux, the toggle can be found in the Appearance section in the Settings menu or it can be enabled by right-clicking the title bar.

I’m facing the same strange behaviour in Chrome 94.0.4606.54 (Chrome, not Chromium)… The close/maximize/minimize buttons are not showing (but are working – when I hover my cursor above, the hovering one appears), and changing system title bar on/off doesn’t change title bar. Noticed that tomorrow after updating. All other apps (including Firefox, Opera and Edge Beta) are working fine.
(Source)

This is really frustrating since Chrome lets websites choose the title bar style, making it look weird and inconsistent.

If you are facing the same issue, fortunately, there is a workaround that might work. In order to enforce the option, you will need to head over to the chrome://flags page and find the “use-ozone-platform” setting.

Make sure to change it from default to disabled, restart your Chrome browser and you will be good to go. However, keep in mind that people who use multiple profiles will still see the option not working in any profile other than the primary one. A fix was found for the issue but it was too late to merge it before the stable release of Chrome 94. In case the workaround is not working for you, some users say that the unstable (either a nightly or developer build) version of Chrome 95 includes the fix for the issue.

We hope the stable version of Chrome 95 will feature a working system title bar option. When Google fixes the broken Chrome ‘Use system title bar and borders’ checkbox, we will update this space so stay tuned. 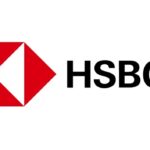 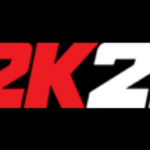