Google’s products are used by billions of people across the globe. Among them, popular email service Gmail which is used by over a billion Google Account holders.

While Gmail is just one of the services which can be leveraged using Google Account, it can also be used with many more third-party apps and services.

However, Google Account holders have been facing a problem for quite some time which is creating a lot of confusion for them.

As per an old and rather long thread on Google Support Community, Google Account holders have been persistently getting the ‘Critical security issues found’ alert.

It seems the critical security alert does not go away even after certain actions like logging out of all apps and service and resetting the Google Account password have been taken.

It is unclear what the exact cause of this persistent notification is but it is definitely confusing and inconveniencing many Google Account holders since at least May 2021.

The issue was also escalated to the relevant team in the same month by a Google Support Community Product Expert who also outlined that this alert might appear due to a variety of reasons.

Among them, using a different/new network or VPN, a change in the network specification, using third-party sites or apps which are considered unsafe by Google, or using an outdated web browser.

However, there have been little to no developments so far and Google has also not provided any details on the matter. This is concerning Google Account holders as they are unsure as to why they are getting the critical security alert despite taking the required measures.

Now, the Product Expert who escalated the issue to the relevant Google team has said that those who are getting this alert should double check the reasons provided in the escalation comment.

Moreover, they are still waiting for any updates from the Google team which is handling this issue. Thus it is unclear how long it will take to get more clarity on the matter.

Hopefully, Google soon sheds some more light or better yet, resolve the issue for good if it is indeed being caused by some fault at the tech giant’s end.

NOTE: There are more such stories in our dedicated Google section so sure to go through it. 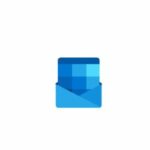