The app is available on both Android as well as iOS and covers almost every Marvel character’s history. Moreover, it also allows users to download an unlimited number of comics so you can easily read them anytime, anywhere.

As part of the relaunch, Marvel is also bringing the much-awaited exclusive Infinity comics to the app. Currently, there are 27 Infinity comics available that feature Black Widow, Deadpool, Shang-Chi, X-Men Unlimited, and Venom/Carnage amongst many more.

With the relaunch, Marvel said they will be presenting stories in the vertical format for the first time ever. Having said that, the older version already had features that allow subscribers to sync their comic progress across devices and save their reading history.

Nonetheless, the relaunched Marvel Unlimited comic subscription was welcomed by the majority of readers. However, after the app was released, many complained that reading history was missing from the Marvel Unlimited app.

Since the service has literally thousands of comics, some had marked what they had already read while others had bookmarked their progress.

But after the update, many people say they are lost and don’t know where to continue from since they are unaware if they are reading the comic they have finished earlier.

This update completely screwed up ‘my library’. It added bunches of comics I already finished, forced grouping by series, and seems to have cleared all my read flags! I submitted a support ticket, but this sucks. Worst birthday present ever for me
(Source)

And it looks like reading history is gone – the one thing Marvel did that @DCComics can’t pull off even tho every freaking reading app marks read items as read. Way to go, @Marvel
(Source)

It looks like Marvel forgot to port the feature over to Marvel Unlimited app. And now, Marvel fanboys are unsure if they will be able to resume from where they left.

Fortunately, Marvel has acknowledged the issue and said they are working on restoring reading history for affected users.

Right now, Marvel Unlimited is offering a free 7 day trial for those having second thoughts, so make sure to try it out.

We will keep an eye on this and update this space once the developers fix the Marvel Unlimited missing reading history issue. 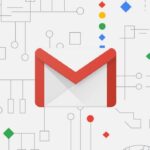 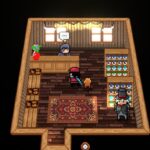