Google’s email service, Gmail, has, over the years grown to become one of the biggest and most popular email services on the internet, and at the time of writing, there are more than 1.8 Billion Gmail accounts.

As such, a small change in the platform is bound to affect millions of users all across the globe and this means that the Gmail team needs to be very meticulous in what they do. 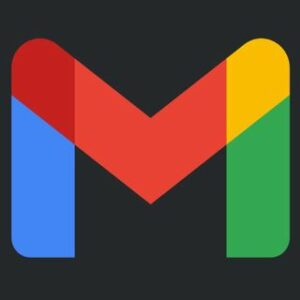 Recently, an update has been pushed out to the Gmail app, an update that brought with it a few cosmetic changes to the look and feel of the famous Gmail inbox.

According to users, following the recent update, the priority messages or important messages are now marked with a blue icon indicator, this being a change from the yellow one that users have come to get used to.

I opened my Gmail app on my phone today and noticed important icons (arrows pointing to the right) are now blue instead of yellow. Please tell how could I change it back to yellow? Thanks!
Source

It appears that Google pushed a UI update for their Android Gmail app. Now the arrows indicating a message to being “priority” are blue rather than the yellow (how it used to be). Does anyone know how to switch the color back to yellow? The blue is incredibly distracting!
Source

The change, which is mostly being reported by users of Gmail on Android doesn’t seem to be affecting any other aspect of the Gmail experience apart from the label colors.

While some argue that this could be as a result of the Material You redesign that many Google apps are slowly being subjected to, this hasn’t been explicitly confirmed as yet.

That said, a Diamond Product expert has been quoted advising affected Gmail users to turn off these markers in the web interface. It remains unclear whether that change also affects the Gmail app.

As we wait for more communication on this new change, users who are still unhappy with this might want to use the in-product ‘Send Feedback’ link to submit their requests and suggestions directly to Google.

As mentioned, we shall continue to keep an eye on this Gmail blue icons change, so stay tuned to PiunikaWeb.

NOTE: We have these and many more Gmail stories in our dedicated Google section.