Adobe Acrobat is the best PDF editor anyone can have out there thanks to its standout sharing and mobile features that have always been the standard for other PDF tools.

Still, all this doesn’t make it a perfect PDF tool. Like every other software application, there are moments when things go south for Adobe Acrobat users.

The update rolled out last week with support for Apple M1 processors and enhanced multi-monitor support on macOS.

Bugs such as users being unable to sign in small windows and Reader crashing with AEM dynamic forms were also fixed.

But according to Acrobat users, this same update is also at the heart of a minor but rather annoying bug that’s turning page backgrounds to a yellowish color.

Good morning. Its not a functional problem but an aesthetic one. A big one. I must have done something because since yesterday, all the pdfs in my computer appear with a yellow (instead of white) background. They print fine, when I send them to others they open them and look fine….however in my PC the pdfs have a yellow background
Source

Every pdf I create – from a Word document or create blank page – has a yellow background. I have uninstalled and reinstalled and it hasn’t fixed it. Version 2021.007.20091. When opened in another program, they are normal white, so the problem is viewing/display.
Source

As seen from the reports above and several others from the Adobe Acrobat community, PDF pages are turning to a yellowish background instead of the usual white.

Most of those affected are using Acrobat, but there’s a likelihood that the issue also affects Photoshop users too.

On the brighter side, Adobe has come out to acknowledge it, adding that the team is already working on a fix. An update is expected once a solution is found.

Hi Lee! Thank you for reaching out and hope you are doing well. The team is aware of this issue and currenty working on the fix. We will update you once we get any information from the team. We appreciate your patience. Thanks. ^MN

While this can be annoying, what makes it a minor bug is the fact that it doesn’t break the end product. Those affected note that the printout is still in white.

This should be good news for Adobe Acrobat devs as it means they don’t have to deal with something major. Still, this doesn’t make the work any easier, which is possibly why support didn’t provide an ETA.

Hopefully, Adobe issues a fix to stop PDF pages on Acrobat from turning to a yellowish color sooner than later. We will let you know when this happens.

Meanwhile, some of those affected say this worked to fix the issue temporarily:

This worked to fix this issue for me: go to ‘Edit’ then ‘Preferences’ Select ‘Accessibility’ Check ‘Replace Document Colors’ Select ‘Use Windows Color Scheme’ Press ‘OK’ There’s a couple of other posts on this issue since recent update. Adobe are aware and investigating.
Source

Do let us know in the comments section if the workaround solved your problem or what fixed the issue for you. 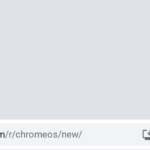