Microsoft apps like the Office suite and many more are available across numerous platforms including Apple’s iOS and iPadOS. The iOS 15 stable update is set to be out in a few days.

However, those using the Microsoft apps on their iOS and iPadOS 15 RC running devices have been facing some issues with them lately.

As per multiple reports, the Microsoft apps like Office, OneNote, and more keep on crashing on iOS and iPadOS 15 RC. This is inconveniencing a lot of Apple users as they have lost access to those apps.

It seems Microsoft did not optimize its iOS and iPadOS apps for the latest iterations of Apple’s mobile operating systems. While the exact cause of the issue is not known, it clearly appears to be widespread.

Moreover, some users have pointed out that even reinstalling the Microsoft apps on iOS and iPadOS 15 running devices is not helping to fix the crashing problem.

Is anyone having issue with Microsoft Edge crashing on iOS/iPadOS Beta 15 RC that was released 09/14/2021?? Previous versions of 15 Beta worked just fine with Edge browser
Source

If you planned to move to iPadOS 15 RC, be aware that Office apps from Microsoft doesn’t work on it.

Apps who crash on my iPad Pro :

However, affected users may not have to contend with this issue for too long and will soon be able to use Microsoft apps without any hassle.

This is because Microsoft has acknowledged the issue where its apps are crashing on iOS and iPadOS 15 RC. Also, Microsoft engineers are working to fix the problem on priority.

Thus the tech giant might soon release or has already started to roll out new updates for its all apps with proper optimizations for iOS and iPadOS 15.

It must be noted that users were facing this issue with .53 versions of Microsoft apps. Now, Microsoft has pretty recently updated its apps to versions .53.1 with additional stability.

So, be sure to update the Microsoft apps to the latest versions on your iOS and iPadOS 15 RC running devices if you are also facing the crashing problem.

Furthermore, feel free to drop a comment below and let us know whether the latest Microsoft updates resolved the issue for you or not.

That said, we will be back with more stories related to iOS, iPadOS, and other products from the Cupertino giant as and when we get new information to share so stay tuned. 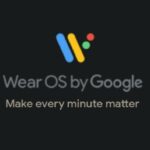