PVP scaling is an advanced game mechanic found in some games. In New World, it adjusts the damage and healing dealt to other players during combat to compensate for disparities in levels between players.

The main goal of such an implementation is to make open-world PvP accessible to players of all skill levels by making the game more skill-based. Weapon perks, gear scores, and attributes thus only have a small role to play.

However, recent changes to the PvP system have divided the New World community. The game’s Open Beta 2021 Update release notes have the following to say:

In summary, the new changes are going to give an unfair advantage to higher-level players with better gear. This will be increasing the challenge and difficulty levels for newer players at lower levels.

The implication of this is that New World is now favoring a more stats-based gameplay than a skill-based one.

I really don’t understand why they decided to make the changes, literially no one except couple of streamers were complaining about it in the closed beta. PVP scaling promoted did not promote pvp, it made lower level people less scared of bigger fish. Now people are feeling uncomfortable to go into PVP mode.
Source

Some players of the game even have, as a result, accused New world of forcing players to put in more number hours in the game in order to match those with higher stats.

Many are now reportedly feeling uncomfortable going into PVP mode. Some also feel that the best way to keep the game active is by focusing mostly on skill and knowledge rather than grinding and sheer progression for PvP.

But not all of the community is against the PvP scaling nerf on New World. There are plenty that have stated that the game is still overall a pretty solid experience.

Some have even accused the critics of the changes as getting mad about something they do not fully understand or have not even tried out yet.

However, there is one player that has suggested a ‘middle ground’ to reconcile the divide between the community and it, quite frankly, does make sense:

1. PVP-Scaling based on DAMAGE only, so Armour is still applicable in providing the advantage for higher level players
2. Remove reward from low-risk scenarios so there’s no incentive in seal-clubbing
3. Add in a bounty system so seal-clubbers offer more reward for their demise by equal-footing players
Source

Nonetheless, New World on Twitter has stated that they’re aware of the dissatisfaction concerning PVP scaling and have passed the feedback to the dev team. They also said that they’re “working hard to bring something great.”

So what’s your take on the matter? Are you team anti-PvP scaling changes or are you pro-PvP nerf on New World? Let us know your thoughts by voting in the Twitter poll below.

Vote below and read our opinion here: https://t.co/q2BPCxZQCq

As always, the results will be out next week.

Poll Results are now live. About 77% players say that New World should bring back the old PvP scaling, while only 20% think that the new scaling system is fine. Only 3% of players say they dont care about the new system at all. 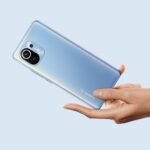