YouTube is one of the leading online video-sharing platforms with more than 2 billion monthly active users.

Founded in 2005 and bought by Google just a year later, YouTube generated around $20 billion last year.

Having said that, the popularity of the service and YouTube’s approach to keeping the platform relevant by working on new features has resulted in the platform being infested by bugs.

YouTube TV library allows users to add or remove programs to their collection. Once you add a show, YouTube automatically records all present and upcoming recordings.

Users can also see upcoming airings and watch past recordings all from a single window. Moreover, recording shows have no storage limit and the shows do not take up any place on the device.

The best part is that YouTube stores all live TV recordings for up to 9 months if you maintain your membership status. In addition to this, you can also manage those pesky ads.

Some recent reports indicate that users are having trouble with the YouTube TV library not loading for many on multiple platforms.

Subscribers say they have tried accessing the library on multiple platforms including Amazon FireStick, PS4, iPad OS, Roku, and PC, however they cannot see anything but a blank screen.

With the library not loading, many YouTube TV users are angry since they are unable to show any movies or TV shows right now.

Same here and a family member in another state using a different account is experiencing problems as well.
(Source)

Same it was doing that a bit yesterday on iPadOS, even the channels aren’t showing up on demand programming
(Source)

YouTube TV subscribers say they have tried reinstalling the app and contacting support but nothing seems to solve the issue.

It is still unclear what is causing the issue. Maybe someone over at YouTube TV messed up thereby causing inconvenience to a lot of users.

However, there is no ETA on when it will be fixed.

When we come across new information, we will update this story so make sure you keep an eye out on this space.

03:30 pm (IST): Responding to a user’s complaint, YouTube support did confirm that they are aware of the issue and are working on a fix for it.

Sorry for the trouble – if you’re having issues when trying to access/watch your recordings, we’re aware of this, and our team is currently working to fix it. Appreciate your patience in the meantime. (Source)

07:40 pm (IST): Many YouTube TV users are still reporting Library not working issue. As per reports, the ‘Your Library list’ is not loading or it shows the About screen instead. 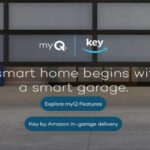