Spotify is the go to music streaming service for many Android and iOS users across the globe. However, that does not mean that Spotify users do not face any problems on these platforms.

Many bugs and issues trouble Spotify users on Android, iOS, and other platforms which is only natural for a media streaming platform having a virtually endless user base.

While sometimes bugs and issues occur due to faults at Spotify’s end, other times it can be due to many different reasons. However, one such issue with Spotify has been troubling many Android users for quite some time now.

As per a rather long and old thread on Spotify Community, Android users have been facing an issue with Spotify where the app freezes or crashes when users access the 3-dot menu.

Many Spotify users are still reporting about this crash or freeze issue because of the 3 dots menu a couple of years after it was first reported.

Doesn’t matter when you click the three dots. It just freezes the app. I have to force close it before I can use it again. Also there are no other users on my app.

Furthermore I can’t watch the Spotify Wrapped 2020 on my phone because that just instantly crashes the app. The year before it was fine because you could just watch it on PC.

Maybe these issues are related?
Source

been happening to me for years, tried everything, doesn’t work. spotify isn’t even trying. the app is unusable.
Source

While Spotify support has been constantly monitoring the thread ever since it was created, there is still no particular way to address this issue. However, some affected users have pointed out that it might device specific.

An affected user even said that Spotify stopped crashing or freezing because of the 3 dots menu on their Android device after they flashed a custom ROM.

Thus it is indeed possible that this crash or freeze issue because of the 3 dots menu in Spotify might be related to some Android devices’ firmware.

To be honest, I have the same issue once.
But for may case, it seem to be my phone firmware issue as its happened after I updated the phone.
At that time, Spotify trying to solve my problem by switching the app to their staging mode to let them looked at the log they collected. However, Spotify can’t find anything. But they asked me to wait and be patient.
Well, once I got another update for my phone, I then proceed with the update. And it’s solved the problem entirely.
So, due to that, I still subscribe Spotify until now.
Source

Apart from that, the possibility of this issue being device specific increases due to the fact that many reports are from those using Android devices from Umidigi and Blackview.

While all this is still based on speculation as Spotify has neither acknowledged nor denied such claims, a Spotify Community Moderator did recently post that the issue has been fixed in the latest Android app update.

So, whether this endless issue with Spotify which is being caused by the 3 dots menu is indeed fixed, is device specific, or is something that still needs to be fixed by Spotify developers or OEMs remains a mystery.

That said, we will be back with more stories related to Spotify as and when we get new information to share so stay tuned. 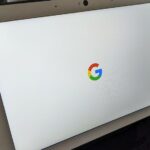