Google Calendar is the default scheduling and time-management service on many Android devices like the Google Pixel lineup and more.

While many also use Google Calendar through the web app and on iOS devices, some Android users have been facing an issue with its home screen widget.

After this latest update the actual date number disappeared and the day of the week is now a different color than the others. For example, today is Sept 2 and it’s Thursday, but the 2 is missing and the T for Thursday is blue (which is barely noticeable) while the other days of the week are black.
Source

As per several recent reports from the Google Support community, the current date which is highlighted by a solid circle in the Google Calendar widget seems to have disappeared.

The Calendar widget does highlight the correct day but the current date is missing altogether. It is possible that this issue might be related to the dark and light modes.

OP I’m having the same issue.

I got the same white number in light mode, when I killed nova launcher, cleared cache on widget and restarted phone the date came back with the blue overlay. This was always the case and it never disappeared for me in light mode.

But once I switch back to dark mode, the date and overlay gone again.
Source

All in all, there is currently no proper way to bring back the disappeared current date in the Google Calendar home screen widget.

This is particularly inconveniencing those who rely heavily on the Google Calendar widget for their day-to-day activities.

However, a Product Expert in the Google Support community says they have been told an update to fix this issue is on the way.

This is certainly good news for affected Google Calendar users as they might soon get a new update with a bug fix for this problem.

However, this is still based on speculation as the Product Expert has not shared any ETA regarding the update with the bug fix.

It is, however, possible that the update might arrive in the near future as one user has said that they recently bagged a new update which fixed the issue for them.

So, be sure to keep an eye on the Play Store for the new Google Calendar update if you are also facing the aforementioned issue with the widget.

That said, we will be back with more stories related to Google Calendar and other products from Google as and when new information becomes available.

11:05 am (IST): A Diaomod Product Expert has come out to note that an update is ready which fixes this issue. The update, according to the expert, should be rolling out in the ‘coming days’. Thanks again for your patience. I can confirm that an update is ready which fixes this issue, and it should be rolling out in the coming days… Please don’t bother checking for it every 5 minutes though – these things can take time and I don’t have a definite ETA!
Source

12:27 pm (IST): The fix for the missing solid circle around today’s date or current date in the Google Calendar widget is finally here. Users will have to update the app to the latest version available on the Play Store. 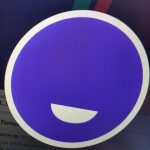 [Update: Under maintenance] Funimation site/server down (not working), users getting 'unable to connect' error 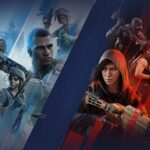