Pokémon GO has been a huge success for Niantic. This AR (Augmented Reality) game fulfilled the dream of Pokémon lovers that one day they would be able to catch Pokémon in a realistic method.

The game involves running in real life, and according to your location and weather, it shows your nearby Pokémon.

For example, if you are in a snowy area then expect Dewgong (water/ice type) to appear. But that’s not it. Pokémon GO also enables you to make friends, exchange gifts, and trade Pokémon. That being said, a new bug has appeared for Pokémon GO where the ‘Can Evolve’ search filter is not working. This issue came with the new version 0.219 update.

Normally, when you click on the ‘Can Evolve’ search filter, it should show you a list of Pokémon that you can evolve.

However, with this new bug, players are unable to search for the evolvable Pokémon. Many players have reported this issue on Twitter.

@NianticHelp your “can evolve” button in search isn’t working as it should, when you click it pretty much shows your full Pokémon even legendaries which last I checked they don’t evolve
Source

my specials aren’t showing a number and when I click on one, it just shows all my Pokémon. In this example, I clicked on “can evolve”
Source

For a better understanding of the issue, a user also shared a video.

Niantic acknowledged Pokémon GO ‘Can Evolve’ search filter issue and says that it will be fixed in the upcoming 0.219.1 update. They also removed the “Can Evolve”search filter from the Recommended filter until it is resolved.

As usual, we will keep you posted whenever there is an update regarding the Pokémon GO ‘Can Evolve’ search filter issue. Until then, you can check out other Pokémon GO known issues and their current status.

It has now been a couple of days since the issue first popped up, however, Niantic Support still does not have an ETA for when the 0.219.1 update will be released that will supposedly address the issue. That said, we can expect to see it go live sooner rather than later.

We’re aware of this issue where the “Can Evolve” search filter doesn’t function. This should be resolved in the upcoming release (0.219.1). Visit here (http://bit.ly/33HpeMf) for details. We appreciate your patience here! (Source)

Well finally, the Pokemon GO update version 0.219.1 is out on the Google Play Store. Get it here or update to the current version if you already have Pokemon GO installed on your device.

Should you find that the new update is not available through your Play Store, you can download it from APKMirror and sideload it onto your device.

It appears that the ‘Can Evolve’ search filter has not been brought back to the recommended filters section. However, the filter should now work as expected. 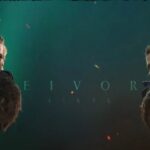