With billions of users worldwide, Google has a wide range of products and services that are tightly integrated.

When it comes to the Google ecosystem, one of the most popular products is the Google Assistant. The AI-powered virtual assistant is available on a wide range of devices, Android Auto and Google Nest being some of them.

Earlier this year, Google Nest owners complained that their Nest device displayed a ‘something went wrong’ error when trying to make a voice query or command using Google Assistant.

This indicated that somewhere down the line, the issue lies with the Google Assistant itself rather than Android Auto and the Google Nest devices.

Also not working. Galaxy s20 FE and 2019 Accord. The voice commands say “something went wrong”. Tried clearing cache, reconnecting car, resetting to Honda factory settings, etc etc. Now the entire app is wonky and will only connect with my car about half the time. Voice never works.
(Source)

I get the message that “something went wrong on try again” when using voice control for Android auto. I have 2 Oneplus 9 phones, one works fine, but the other stopped working. Both phone are up to date on software. There was a recent update to the phones from oneplus, I assume since one is okay that this is not the problem.
(Source)

Recently, a Google Community Specialist shared with us an update regarding the matter. They said that the Google Assistant team has fixed the ‘Something went wrong’ error and made an announcement on the thread that discussed the issue affecting Android Auto users.

The recently released fix confirms our suspicion that the Google Assistant was at fault here. But a similar announcement is yet to be made on the thread that discusses the issue on Google Nest devices.

This brings us to the question of whether the issue has been fixed for Google Nest users as well. But there isn’t much we can say since Google hasn’t confirmed this.

That said, we’d like to hear from you, owing to the latest developments, whether the Google Assistant ‘Something went wrong’ error is also fixed on Nest devices now that it’s fixed on Android Auto.

Let us know in the comments section below!

09:25 am (IST): While Google has since rolled out an update that was set to address this issue, a section of users still note that the issue persists.

I received the update regarding rollin out of the fix and I updated Google app. After that, I cleared cache and the message was always “Something went wrong….” As second attempt I cleared also cache of Android Auto and Play services and nothing changed, always the same message. Here in the attachment is my current configuration of the Google app and other related apps on my Galaxy S10. Please fix the issue as soon as possible.
Source 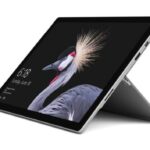