There have been multiple complaints about Bluetooth not working as intended on the Microsoft Surface Pro 5 2-in-1 detachable hybrid notebook computer following the August 2021 software update.

Device owners say that Bluetooth now only works for a short span of time following each boot after which it abruptly stops. This is because the Bluetooth function itself becomes unavailable.

For whatever reason, the Marvell AVASTAR Bluetooth Radio Adapters are broken now on older Surface Pros (4, 5, 6) after the Firmware update that was pushed out early August 2021. What are you doing about this Microsoft?
Source

I have a Surface Pro 5 and bluetooth stopped working. It’s has windows 10 and has all the updates. The driver is the latest from 5/21. I rolled it back to 1/21 and still not working.
Source

The Device Manager tool may also show the Bluetooth hardware with a warning icon indicating a malfunction when this happens. Moreover, the Bluetooth icon goes missing from the Action Centre and the Bluetooth switch from Settings.

In such a situation, the most obvious solution for the Surface Pro 5 Bluetooth issues is to reinstall the drivers. However, as in the case of some models, that appears to be impossible.

A few users have reported that they were not able to find any msi file due to which they have not been able to download and reinstall the most recent driver.

As an alternative, some have installed the Marvell AVASTAR driver and restarted their Surface. That does get the job done but it’s only short-lived because the problem returns with the next boot up once again.

Nevertheless, it is obvious that the Bluetooth drivers are to be blamed. But what is the solution? Well, unfortunately, there is still no sign of an official fix from Microsoft. There is, however, a workaround that may help.

1. Go to device manager.
2. Uninstall Bluetooth>>Marvell AVASTAR Bluetooth Radio Adapter. When you uninstall it, delete the driver (an option on the Uninstall dialog box).
3. Uninstall Network adapters>>Bluetooth device. Delete the driver. This is the action that actually fixed it.
4. Reboot. W10 will reinstall both these devices with earlier drivers. In my case, the AVASTAR adapter is now at Version 15.68.9112.23, Date 12/02/2016. The Network adapter Bluetooth device is now at Version 10.0.1941.1, Date 6/21/2006.
Source

This workaround can also be tried on Surface Pro 6 notebooks since there have also been reports of the very same problems on that model a while back.

Do note here though that Windows is notorious for forcing both system and driver updates on users due to which you will have to take an additional step.

If the above workaround actually fixed the Microsoft Surface Pro 5 Bluetooth issues for you, then open up gpedit.msc and turn off driver updates.

It is worth mentioning here that gpedit.msc is not available on Windows 10 Home. 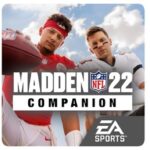