[Update: Sep. 09] Is Instagram down and not working again? Users say app not refreshing And Instagram is down and not working as of writing this. The down detector also conveys outage. Take a look at some of the reports:

@instagram
must be down, its not allowing me to add music to my story Worried face
source

Instagram was down a few hours ago for users across the globe, however, the problem has now been fixed as confirmed by Instagram Comms on Twitter.

Is #instagramdown for you? We’re working on it! We know that some people are currently having issues, and we’re fixing it ASAP. (Source)

And we’re back! If you were having a hard time earlier, your account should be working normally now. (Source)

Downdetector now doesn’t show any issues with Instagram which means that the outage we saw yesterday has since been fully addressed.

According to multiple recent reports, the Activity feed in Instagram is not refreshing/loading and is giving the Couldn’t refresh feed message. The issue is yet to be acknowledged officially.

Some unscrupulous users are taking advantage of the other Instagram users’ perils to scam them into using shady persons to get this issue addressed for them.

We would like to warn our readers not to engage with said characters and only accept and seek help from Instagram’s official channels.

Now, it is coming to light that this issue has been fixed and users on the Instagram Beta channel on Android are already reporting this issue gone. However, it might be a few more days or weeks before users on the stable release receive the bug-fix update.

We’d love to hear from you. Has this issue been fixed for you? Tell us in the comments section below.

Yeah we tweakin, but only a little bit. We’re aware that some people are having issues loading their comments (we’re fixing that) and that some are seeing a bunch of comments saying “nah he tweakin” (what is that?). More soon! (Source)

Now, Instagram is coming out to note that the ‘nah he tweakin’ issue on comments has been resolved.

Today some people experienced trouble loading comments on Instagram (except, it appears, for “nah he tweakin” Face with monocle). We’ve resolved this issue and all comments should now be back.
Source

11:59 am (IST): A flurry of new reports are surfacing online, noting that Instagram is down and not working for many users.

This is a developing story and we shall continue to keep an eye on this and update as and when we get more info so stay tuned.

04:57 pm (IST): Despite a few reports suggesting that Instagram is back up again, it appears that many users are still unable to use the app properly as the feed does not refresh and throws the error ‘Couldn’t refresh feed’.

07:00 pm (IST): Instagram now seems to be working fine, at least according to few reports online and according to our own tests. We’ll keep an eye on the situation and will post an update if there are any further developments.

10:00 am (IST): Now, Instagram has come out to inform its users that the outage experienced on September 2 has been fully resolved. Still unknown is what exactly caused the downtime.

04:07 pm (IST): Many reports under Instagram’s tweet claiming to have fixed the issue indicated that the problem hadn’t been fixed right then. But fortunately, it now seems that users across the world can use Instagram without running into any issues.

The current status on sites such as Downdetector indicate that there are no problems with Instagram.

02:17 pm (IST): While everything seems to be normal for the most part with no widespread outages, Downdetector continues to note random spikes in the number of reports of outages and issues from Instagram users.

With that, anyone that is still facing issues might want to perform quick troubleshooting steps such as reconnecting to Wi-Fi or Mobile Data and clearing the app’s cache.

09:17 am (IST): Many Instagrammers have taken to Twitter with complaints that the app keeps crashing on their phone. According to some, the app crashes when they try opening a DM. It appears that a recent update might be to blame.

literally what the fuck this is not the night to crash, Instagram (Source)

Anyone else’s Instagram crash when they go on it, or is that just me? (Source)

Instagram is yet to address the problem publicly. As usual, we’ll keep track of the situation and will post an update if and when there are any further developments regarding the issue.

11:12 am (IST): The lack of fresh reports on Twitter and Downdetector suggests that the problem has been fixed. However, Instagram has not yet made any statement regarding the issue. 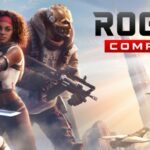