Xiaomi’s Poco sub-brand is aimed at the global market and both share a common philosophy of offering more for less.

However, Poco differs slightly in this aspect by focusing more on performance than anything else, and products like the Poco X3 Pro and the Poco F1 are a testament to that.

Nevertheless, Xiaomi’s custom Android skin – MIUI – has rightfully earned a reputation of being a buggy mess, thus also tainting Poco’s image since it relies on the same software.

Things are a bit worse for Poco users though thanks to the default launcher used by Poco devices. Everyone is already aware of the fact that Poco Launcher is in desperate need of updates thanks to it missing multiple crucial features.

But that’s not all. The launcher is also plagued by a number of bugs that have been present since time immemorial. The latest one is a home screen wallpaper zoom issue that has been annoying several Poco users [1, 2, 3, 4, 5], likely after the MIUI 12.5 update.

Wallpaper automatically getting zoomed on home screen of Poco Launcher. After a restart it got fix for sometime but again occurs. I tried clearing data of poco launcher but problem still persists.
Source

@POCOGlobal the #pocof3 is amazing. BUT the zoom in issue of homescreen wallpaper is annoying! Care to fix on the next update? Thanks.
Source

As clear from the above reports, setting the same wallpaper for both lock screen and home screen leads to inconsistencies due to the home screen wallpaper getting zoomed in or stretched out by a considerable amount.

We have blamed the Poco Launcher for this as we did not come across any reports for the same from Xiaomi users. Affected devices include the Poco X3 series and the Poco F3. Other models running MIUI 12.5 may be affected too.

The only workaround at the moment seems to be rebooting the device. However, that is short-lived as the wallpaper reportedly zooms in again on its own.

Thankfully, the home screen wallpaper zoom bug has already been reported to developers and will be rectified soon, as per a Poco Community moderator.

But as it stands, the above isn’t the only wallpaper-related issue plaguing users. There have also been multiple reports [1, 2, 3, 4] about MIUI 12.5 automatically removing wallpapers and replacing them with either a black screen or the default wallpaper.

I faced this issue too and found that returning back to the default theme fixed it for me, so feel free to try the same. Other than this, you can use the Services & feedback app to make Xiaomi/Poco aware of the problem. 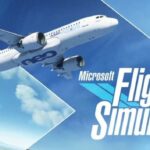