With the number of issues affecting the Apple Podcasts app in the last few months, people may be looking for viable alternatives to the service.

Apart from Apple’s offering, some popular podcast apps include Spotify and Google Podcasts. Naturally, some found solace in the simplistic Google Podcasts app.

But even Google’s app is far from perfect. Google Podcasts app users recently complained that the app was opening two windows instead of one.

And now, user reports suggest that the Google Podcasts app does not play the next episode in the queue, instead, it repeats the episode users just finished listening to.

This is really a deal-breaker for people who want to listen to podcasts one after another. Users say they have tried reinstalling the app and clearing the data but nothing seems to work right now.

People also say that they are unable to find any setting that allows users to repeat the podcast. While some reported the issue on the Google Community forum, others have complained about the same on the app’s Google Play Store page.

Queue is no longer working. Didn’t want to resort to leaving a review to get support, but email listed as a contact is no longer in use and no one answered my online submission nor my feedback from within the app.

Episodes are clicked to be in my queue, but they all disappeared and none can be put on again. I have tried uninstalling and reinstalling, taken off and back on from the queue. Nothing works. Please let me know what is the fix or an approximate timeline for this bug
(Source)

Used to be amazing. Now, the Playlist function is pretty horrendous. I’ll add a bunch of stuff to the queue, play the first item, then once the episode reaches the end, it repeats the entire episode I literally just finished instead of moving to the next item.

It is insanely frustrating and unbelievably annoying when working and having to manually move on to the next episode, when up until recently, this has never happened. I’m not sure what’s happening, but PLEASE for the love of God fix this!
(Source)

It looks like the Google Podcasts issue where the app repeats the episode is hard to reproduce since it is sporadic in nature. Many users say that the issue is persistent on Google Podcasts v1.0.0.301897054.

A Google Community member said that they have escalated the Podcasts app repeating episodes issue. But it might take weeks or even months before it is resolved.

For now, all you can do is hope that Google fixes the issue soon. When they do, we will update this article with new information so keep an eye out. 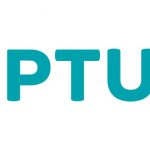