For the last couple of years, millions of users have made it a habit to store their precious memories on Google Photos.

Having said that, the company decided to change its storage policies and also made plenty of other changes to the service.

Also, Google was no longer treating images under 16MP as large images and thereby avoided compressing them. But, for some users, Google Photos was storing images with a resolution of more than 16MP without compressing them.

People reported that their storage was quickly getting full because of the bug.

Those affected tried changing the settings, uploading from several accounts, different devices, clicked photos using various cameras, and even tried the “Recover Storage” option but to no avail.

Despite choosing “storage saver” option for uploads my photos are NOT getting compressed. They used to be but not anymore. Same for uploads from backup n sync, phone or webpage. I tried to reupload an old photo i have uploaded years ago and then was compressed to like 1 mb, now when i uploaded it again the photo remained in it’s original file size. Is this a bug or a “feature” make us pay faster for more storage?
(Source)

One user indicated that it is indeed an old problem and has to do with the metadata of some cameras that do not allow images to be compressed.

@User 15 This is a very old problem, but probably not noticed before June 1 because they were not counted. It has to do with exceptional metadata in some cameratypes which blocks compressing. Peter will explain soon. If Google would become a bit more helpfull, but it are holiday times now with a bit more freedom.
(Source)

Having said that, Google says that the issue is currently under investigation.

Please note that Google are investigating and an update of the situation will be posted in https://support.google.com/photos/thread/115585724 as soon as Google update us.

As the summer holidays are approaching, we don’t think the Google Photos Storage Saver issue will be fixed soon. But we’ll still keep an eye on it for you.

Also, feel free to chime in and let us know if Google Photos Storage Saver is working as intended for you in the comments below!

01:25 pm (IST): A Diamond Product Expert has been quoted suggesting a workaround that might involve deleting and re-uploading affected photos. The efficacy of this workaround can be up for debate but many users would like a more seamless solution. 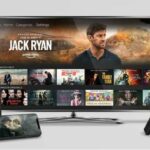