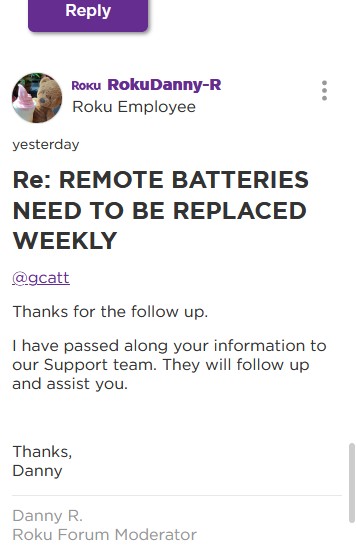 IST: 13:09 pm: The battery drain issue on Roku remotes continues to afflict users many months later, even after the issue got escalated.

It looks like your remotes aren’t affected by the rapid battery drain issue on some of the Roku models. Please be advised that for normal use, the remote battery may indeed last for two months or longer. Most reports we are receiving that are related to battery drain only last for days or weeks.
Source