[Updated: Sep 07] Google has been working on Assistant 'Home Ad Triggered' issue since 2018, still no fix in sight

Google Assistant is undoubtedly one of the best creations by Google especially at a time when we are headed into a smart home space.

There are so many positives to talk about Google Assistant and smart speakers but all these positives get overshadowed by the negatives disguised as bugs and issues. Google Assistant’s trigger words and commands have been in question for a long time where it responds weirdly to them.

Add one more to the list as Google Assistant is found to be unexpectedly and undesirably more responsive to the commands.

This is about the ‘Home Ad Triggered’ issue that is doing the rounds. When a Google commercial is played on a TV, all devices including Google Home with active Google Assistant pick up the wake-up command and begin executing them.

Since this issue is a little random, there isn’t exactly a surge in reports but complaints keep popping up every now and then.

MUTE “Hey Google ” in television advertisement. Whenever any tv ads comes in TV my Google Home wakes up 😂

Ok, @Google your Nest Audio ads on YT are activating my in-home #nestmini. No amount of screaming stop prevents some pretty sweet but unwanted music 😂

Users literally have to put their smart speakers and devices away to avoid triggering Assistant with the hot words “Ok Google” and “Hey Google” used in the ads.

What’s worse is that this issue has been there since 2018 and has gone nowhere even after being acknowledged by Google.

It almost appears Google never paid heed to this hot word triggering with commercials. Here’s a report from 2018 that highlighted this.

It has been 3 years since this incident first came to light and we are yet to receive a real fix. All Google has been doing is taking feedback and do absolutely nothing about it.

we know this is important to you. Our team is already aware of this and we’re working on it. If this happens again, could you try sending feedback via Google Home app with keywords “Home Ad Triggered”? (Source)

Even now, the tech giant seeks users to register feedback under the category of ‘Home Ad Triggered” but will this be of any use? Google has overlooked this for years and there’s barely any hope.

This has exactly been the same story when it comes to addressing bugs. Google takes more time than it should ideally take to address these issues.

That said, we hope Google gets enough reports to get the fix works started. We will keep an eye on the developments and update here as and when more information is available.

IST 9:55 am: In response to one of the affected users, Google has come out to note that they’re working on the issue where Google Assistant gets triggered by ads. 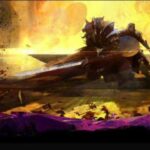