Spotify aware some users are unable to download music for offline listening on their Apple Watch, fix in works

Spotify is the world’s biggest audio streaming and media service provider. It has 365 million monthly active users, which is a huge number.

What is the reason behind Spotify’s success? Well, one of the reasons is that they started early.

But that’s not it. Spotify has improved its mobile app design, usability, streaming quality, and music sharing capabilities over a period of time. They offer a great user experience, and hence people want to stick with Spotify. Plus, it is available on all major platforms including iOS, macOS, Windows, Android, PlayStation 4, PlayStation 5, Xbox One, and Xbox Series X/S game consoles. Spotify is also compatible with smartwatches including Apple Watch.

That being said, there is a problem with the Spotify app on Apple Watch where users are unable to download music for offline listening. For those unaware, there is an option in Spotify where you can download music and listen to it without a network.

Spotify has acknowledged this issue on their Community forum. The thread has multiple users complaining of the same issue. At the time of writing, hundreds have already confirmed experiencing the issue.

Surely you’re not going to tell me this is normal? It’s been stuck at downloading the first song for over 20 hours!
Source

The forum post on this issue is still labeled as “under investigation”, suggesting devs are yet to arrive at a solution to this problem. However, Spotify did give some troubleshooting options to help solve the issue.

For some users, these solutions didn’t work, forcing them to come up with other alternative workarounds. We’ve shared one that you may try below.

If this doesn’t work for you, then don’t worry as Spotify is working on it and we hope that the issue with Apple Watch users being unable to download music for offline listening gets resolved soon. 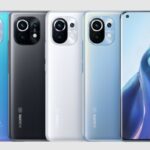