[Updated] Google Clock bug where alarm won't go off in DND mode reported by many, issue escalated (possible workaround inside)

The Google Clock has become a staple around the Android world. Its simplicity and smart features like Spotify integration make it an ideal clock app for all, so much so that many using non-Pixel devices are willing to ditch their stock clock apps in favor of Google Clock.

However, as with any other piece of software, bugs and issues keep popping up every now and then. And the Google Clock app, even with all of its speed and reliability, is no exception.

Several Google Clock users are facing issues getting their alarm to ring on DND mode. These issues seem to have begun following a recent update to the app.

However, there are reports that date back to a couple of months ago indicating that the bug has been doing rounds for a while now. Users facing it report that the alarm fails to go off when DND mode is turned on.

While most of the affected seem to be Google Pixel owners, which makes sense considering it is the default clock app on the device, users with phones from other OEMs are affected as well.

I set my alarm clock the other day and it didn’t go off. it told me I missed, then I tired again but this time I watched and it come up on screen then quickly disappeared.
Source

Current issue with this app is the alarm isn’t even going off anymore. I have it set to use Spotify with music that I have downloaded (so if wifi is off or not connected for some reason it shouldn’t be an issue). It vibrates twice and stops, and doesn’t continue to vibrate and play the music.
Source

The alarm screen does pop up but disappears right after as if it was dismissed. Right after, it has the audacity to display a prompt saying that the user has missed an alarm.

Thankfully, the bug’s status has been marked as “Assigned” now meaning that it has been reported to the concerned team who are likely working on fixing it as we speak.

We’ve shared this with our product and engineering teams and will continue to provide updates as more information becomes available.
Source

It is unclear at the moment if the source of the bug can be traced to the system itself or if it is just a bug in the app. If it’s the former, then the fix will probably be rolling out with the next system update.

And if it’s an issue on the app, the fix will be simple and in the form of an app update, and shouldn’t take too long either.

In the meantime, you are free to try out the following suggested workaround for the Google Clock alarm issue on DND mode:

A number of Google Clock users are reporting that their alarms are not working when alarm tones are set to Spotify playlists. As such, some affected users have speculated that the Spotify integration might be the cause of the problem. Unfortunately, there is still no fix.

Spotify has come out to acknowledge this issue, noting that it has been resolved and a fix will be coming in the next version of Spotify set to be released next week.

Google and Spotify have worked together and released a fix for users who were having trouble with Spotify alarms. Users are advised to update the latest version of Clock and Spotify. 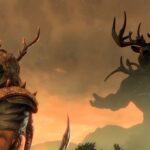