Destiny 2 was released back in 2017. Even after 4 years, the game is still alive. The latest updates are the reason that keeps the game fresh and that’s why Destiny 2 is still being played.

For those unaware, Destiny 2 is a free-to-play online-only multiplayer first-person shooter. It is a single evolving world that you can enjoy together with your friends. A variety of content is a highlight of this game.

A few days ago, Bungie announced the next expansion of Destiny 2. It is called Destiny 2: The Witch Queen for which pre-orders went live on 25th August.

To make things exciting, Bungie also announced that the players who pre-register will get the following bonuses.

The new expansion was announced for all major platforms including PS5, PS4, Xbox Series X|S, Xbox One, and PC.

However, there is an issue where Destiny 2 players are not able to receive the rewards for the pre-orders of the new Witch Queen expansion. Here are a few reports from disgruntled players for reference:

I bought the collectors edition and redeemed the code but I’m not getting any of the pre order rewards and the game is still saying I have to buy it. I’ve tried turning off and on again and even restoring purchases and nothing is working
Source

These types of issues are very annoying as players pay a premium for a better experience. One user on Twitter also claimed that they ordered the Deluxe Edition and Anniversary. But they failed to get the pre-order items.

And the most horrible part? It’s been 4 days, and there has been no response from the customer service.

Fortunately, the flood of tweets and reports seem to have grabbed Bungie’s attention finally as the company’s support team confirmed that they are aware of the problem.

Bungie mentions that this issue is being faced by PlayStation players. So, if you are one of those, don’t panic, the developers are working on a fix. However, some reports suggest that the issue is affecting players on the Xbox too.

Under the acknowledgment tweet, players also mentioned that they faced the same issue on their Xbox consoles. So, it is possible that the issue is not only for PlayStation. However, the developers have only acknowledged the problem for PlayStation users for now.

One individual on Reddit claimed that they checked their postmaster and the pre-order items were not there. They even check their collections and their character, but no luck. Finally, they were able to get the items at Master Rahool. Hence, you may want to try the same.

For now, Bungie is still working on fixing the problem. That said, we’ll post an update if and when there are any further developments.

It looks like Bungie has now fixed the Destiny 2: Witch Queen pre-order issue for good this time. The developers shared the development on their Twitter handle. 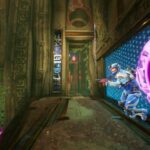 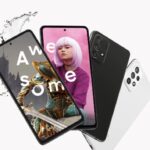 Samsung Galaxy A Series One UI 4.0 (Android 12) update status: Here's what we know