Destiny 2 is one of the most popular multiplayer first-person shooting video games of all time. It is developed by Bungie, the same studio that brought us the likes of Halo.

Initially released in 2017, the game followed the pay-to-play model. But after splitting with Activision in 2019, Bungie retained all the rights to Destiny 2 and made it available on Steam for free.

In the last two years, Bungie has made sure that the game is regularly updated with new content introduced every couple of months. 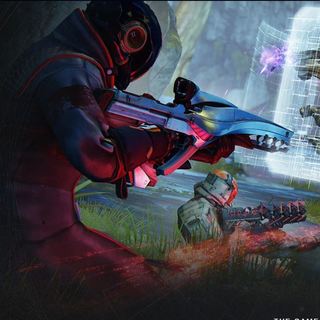 Having said that, the developers recently introduced the ability to play with people who have the game installed on Xbox, PlayStation, and Google Stadia.

But Bungie soon decided to disable the search function along with the Ether collection encounter of Astral alignment activity since it is bugged for many.

It looks like those weren’t the only bugs affecting Destiny 2 players. Several users are reporting an issue with Destiny 2 crashing and freezing after the Season of the Lost update.

Just wondering if anybody else has an issue where their PC is crashing after the most recent update. I can get in the game for about 5 minutes before the game “stops responding” and crashes. Just updated drivers to see if that was the issue. Destiny 2 NEVER crashed on me before this update.
(Source)

Doesn’t matter what I do, if it has a post match scorecard screen, the entire game locks up and it doesn’t even drop me back to my dashboard, it just sits there doing nothing. I’ve tried the good ol’ hard reset, even checked network settings to see if that was the problem. No dice.

Anybody else running into this? Nothing on the first few pages and I figured I’d make a post.
Anybody see anything regarding this on twitter?
(Source)

According to user reports, the crashes can happen anytime, anywhere, and are not tied to any particular event or function.

Moreover, the game does not show any error code when crashing or freezing, making the matter more complicated.

It looks like something is conflicting with the game or the BattlEye anti-cheat system. The anti-cheat solution is known to cause various problems in the last few years.

Since then, Bungie has acknowledged the issue and said it is under investigation. However, the company did not share any information on when it will be fixed.

Some players have also come up with workarounds that might work for people experiencing random crashes and want to play the game right now.

The first one involves disabling all the possible overlays such as Windows Game Bar, AMD/NVIDIA metrics, Discord, and apps such as RivaTuner.

If this did not work for you, trying capping the framerate anywhere below 120 and you will be good to go.

In case the workarounds fix the Destiny 2 crashing issue after the Season of the Lost update, let us know in the comments section so you can help other players.

Once Bungie fixes the issue, we will update this article so make sure you stay tuned!

04:50 pm (IST): There’s a new server-side fix for Destiny 2 but it’s not for the crashing issues after Season of the Lost update. Instead, it’s a fix for the issue where Tier 3 Focused Umbral Engrams had no weekly limit.

We have issued a server side fix to resolve an issue where Tier 3 Focused Umbral Engrams had no weekly limit. (Source)