Millions of people play Harry Potter: Wizards Unite on Android and iOS devices. The AR (Augmented Realty) game has been available on both platforms since 2019 and it has seen its fair share of ups and downs.

Now, another issue has been troubling Harry Potter: Wizards Unite players on Android and iOS devices.

As per multiple reports, players are unable to claim the Spell Energy Gift in Harry Potter: Wizards Unite as the game freezes or crashes.

Every time I open a spell energy gift, I get thrown out of the game. Is this being addressed?
Source

Game freezes when opening a spell energy gift, requiring a restart. It does not affect XP, wit-sharpening, ingredient, or runestone gifts.
Source

The issue appears to be widespread and has been around for quite some time but a fix is yet to arrive for this problem.

However, affected players may not have to face this problem for too long as Niantic Support has acknowledged it.

It seems the freezing issue with Spell Energy Gifts is under investigation. Also, support has assured affected players that the gift rewards will get added to their account automatically in case the game closes unexpectedly.

While it is good to see that players are getting the gift rewards, a proper fix for this problem is still required.

Hopefully, Niantic fixes this issue soon so that Spell Energy and Extravagant Spell Energy Gifts can be claimed without any hassle. 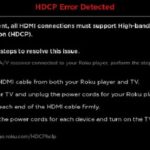