Many people around the world have made the switch to streaming services from cable TV in the past few years thanks to the better catalog of movies and series these services have to offer minus the pesky ads.

That said, streaming services such as Hulu, Netflix, and HBO Max aren’t perfect. Matter of fact, we’ve got dedicated bug trackers for Hulu and HBO Max which highlight the various issues with the services.

Speaking of which, Hulu subscribers are now taking to social platforms such as Reddit and Twitter to complain about the new loading sound in the app being way too loud.

Hulu adding these firecrackers as the opening sound was so unnecessary. like why am I ducking? (Source)

The new sound Hulu makes on the TV when it starts up is scaring the living daylights out of our cats! Hope they change it soon. (Source)

Can @hulu_support help because the sound is loud and unnecessary? It makes me jump every time. (Source)

As you can see from the few reports above, not only does the new app loading sound in the Hulu app causing people to freak out, it’s also spooking people’s cats and other pets too.

According to complaints, only the intro sound in the app is loud when compared to other sounds in the app or while viewing content.

Luckily, the flurry of reports about the app loading sound being too loud has not gone unnoticed by Hulu. The company’s support team responded to a few complaints with the following info:

The team has confirmed that there’s no way to change the audio right now, however, they’re investigating the problem. But there’s no ETA for a fix.

That said, until Hulu comes up with a fix, it seems the only thing you’ll have to do is turn down the volume completely before loading the Hulu app.

As usual, we’ll keep track of the situation and will post an update if and when there are any further developments. So stay tuned to PiunikaWeb. 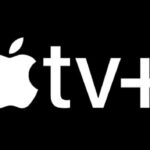 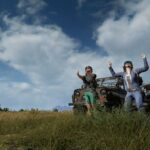