T-Mobile is one of the biggest players in the US Telecom sector. Last year, the company merged with one of its largest competitors in the industry, Sprint.

The phone carrier is tough to beat when it comes to data plans as well as coverage. It is also one of the largest 5G networks in the country.

The company recently made news after a massive data breach leaked information of millions of customers.

Instead of encrypting data and demanding a ransom, the hackers leaked and sold the customer data on the dark web.

According to reports, the data leak has affected more than 53 million users. Customers have already filed two class-action lawsuits against the network carrier in California. As part of preventive measures, T-Mobile is giving free McAfee Identity Theft Protection to users for the next two years.

Users say they were asked to click on a link and enter their details to complete the enrollment. But days have passed, and customers are now complaining that their free T-Mobile McAfee Identity Theft Protection plan has been delayed.

Some users also say that they are getting a ‘This site has been reported as unsafe’ error when trying to access the McAfee website.

Anyone receive the link, via email, to complete enrollment. Its day 3 since I submitted my number and email and still nothing via email. This is an absolute joke right now.
(Source)

@TMobile @JohnLegere @MikeSievert Submitted info for the McAfee Protection on Aug 17th and still waiting for that email! In the meantime, a few of my accounts have been hacked. Thanks, #Tmobile for keeping our data so safe and encrypted. #whatajoke #Tmobilehack
(Source)

This is quite hilarious because McAfee is a software security company. Nonetheless, users are now wondering if the provided McAfee solution will protect them or not.

T-Mobile and McAfee should work together and fix the Identity Theft Protection delayed email issue as soon as possible. In the meantime, T-Mobile is asking users to wait for a few more days.

As for T-Mobile, it looks like they will be fighting a long legal battle that might cost them millions down the line.

Once T-Mobile starts rolling out the McAfee Identity Theft Protection subscription, we will update this space so make sure you keep checking for the same. 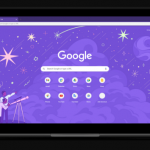