Poco F3 was released in late March and joins the ever-growing list of ‘flagship killer’ devices. It is essentially a rebadged Chinese Redmi K40 but for the global markets.

And being a flagship killer means that the device comes with a pretty impressive spec sheet for its price. For starters, there is the Snapdragon 870 5G processor and super AMOLED 120Hz HDR10+ display.

These have been encased in a nicely designed thin and light body – the Poco F3’s width is quite impressive at just 7.8mm. Phones had been getting quite thick and heavy lately and it’s great to see Xiaomi finally trying to counter the trend. On the software side, the device came with Android-11 based MIUI 12 out of the box. Now, the combo of MIUI and Android 11 hasn’t exactly gone as expected as it led to a bunch of bugs and performance issues.

The situation got so bad that Xiaomi was forced to issue an apology with their recent Q&A session that was hosted by the Head of MIUI R&D himself.

Almost every Xiaomi and Poco device running Android 11 is affected in some or the other way, but a few devices like the Poco F3 have seemingly been hit worse.

Poco F3 users have reported an awful amount of idle battery drain reaching upwards of 20 percent overnight (6+ hours). Ideally, this should be just 1-5%. It’s kind of ironic for a phone that comes with a sizeable 4520mAh battery.

And as if the battery drain woes aren’t enough trouble already, there have also been scattered reports of random reboot/shut down issues on the Poco F3.

It is unclear as to what exactly triggers the shutdowns which has led some to believe that they’re hardware-related. However, the reality is that it’s just a software-related issue and hence nothing to worry about.

The device shipped with MIUI versions 12.0.1 and 12.0.2 which seem to be the culprits. A forum moderator has acknowledged the issue and revealed that the next OTA will be fixing the issue.

And it’s not just the random reboots/shutdowns that are going to get resolved as the same upcoming update is also set to address the battery drain problems.

Now it is worth mentioning here that the update in question (12.0.4.0) is already rolling out to EEA users and comes with the following changelog:

Yep, there’s no mention of the shutting down issue but that doesn’t really mean that it has been omitted from the build. Xiaomi is known to give out incomplete changelogs and the same seems to be applicable here as well.

As for users from other regions, you wouldn’t have to wait too long as the update is a minor bug-fixing one and hence should be rolled out widely soon enough, perhaps within a week or two.

That said, be sure to drop a comment below to inform us if the update has truly addressed both of the aforementioned problems. Also be check out our previous coverage on Poco F3 delayed touch response issue.

The said update with fixes for the random reboot issue is yet to roll out, months after the initial acknowledgment. Community moderators continue saying that there is no ETA but the next version should fix the problem.

There is no ETA but next version should fix random reboot upto some extent.
Source 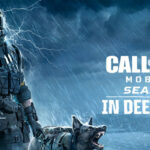