Ghost of Tsushima Fundoshi Armor for NG+ players missing or locked after 2.04 update, fix in the works

Developed by Sucker Punch Productions and published by Sony Interactive Entertainment, Ghost of Tsushima is an action-adventure game.

The game lets players play as Jun Sakai, a samurai who is on a quest to save the island of Tsushima during the first Mongol invasion of Japan.

Released in July 2020, the game is loved by critics and users alike and has won several awards. In March this year, Sony claimed Ghost of Tsushima had sold more than 6.5 million copies. It is a stealth-based game that features no waypoints on the HUD. As weird as it may sound, players are to explore the world based on the direction of the wind.

The PlayStation exclusive title also features different armors, clothing, and charms that offer different buffs and perks. Many of them can be collected by completing quests or challenges.

Having said that, the Fundoshi Armor is one of the last armors players can get their hands on. The armor is available in Act 3 of the game. In order to get the Fundoshi Armor, players need to visit all the 18 hot springs in the game.

Having said that, many players use the armor when playing New Game+. Now, many Ghost of Tsushima players have reported a bug with the Fundoshi armor.

According to user reports, the armor is missing or appears to be locked after they start NG+. Users suggest that the bug appeared after the 2.04 update.

I was gonna beat the second act all in fundoshi in new game plus but it’s not there and I unlocked it in the original save I don’t know what to do.
(Source)

I am in the second act of a new game+ and after the update I am missing my Fundoshi costume as well as the black version I had bought with ghost flowers… anyone else having this happen?
(Source)

While many players were confused as to why the Fundoshi Armor was missing all of a sudden, some of them quickly found a workaround.

According to users, visiting all the 18 hot springs in-game unlocks the armor once again. While this is a quick fix to the issue, the lack of waypoints makes it a daunting task.

Fortunately, Sucker Punch Studios has acknowledged the issue and said they are working on a fix to bring it back for NG+ players.

We hope Ghost of Tsushima developers fix the Fundoshi Armor bug so players can use it when starting NG+. 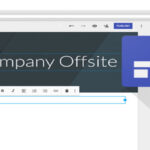 Classic to new Google Sites transition deadline is on September 1: Here's how to convert Classic Sites to New Sites 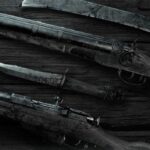